It’s A Mother’s Responsibility To Laugh When Her Sons Prank Each Other. (Isn’t It?)

It’s worked out pretty well that D and J are nearly three years apart. They aren’t too close together where constant comparisons would probably be in the air, and they aren’t so far apart that they don’t have anything in common. Even though they have had their little beefs with each other over the years and, back in the day, each used to respond “No, not really!” when people would ask if they got along, they really have treated each other better than many other sets of brothers do. (I don’t think they realize how poor some brotherly relationships are!)

Now that D goes to college they get along even better with only an occasional regression, but their best squabbles have always been when they prank each other. They are so darn creative that I normally laugh my head off. (Most recently there was that issue that came up when we asked J to run to the store for a new toothbrush for his brother, which totally sent me over the edge into hysterics.)

Five years ago we got Photoshop Elements for our PC from my father-in-law. The boys were thrilled about it and set out to learn how to use it.

Just a few days after installation, J (then twelve) wanted to show me this “awesome picture” he altered. The picture was taken at Walt Disney World in 2003. 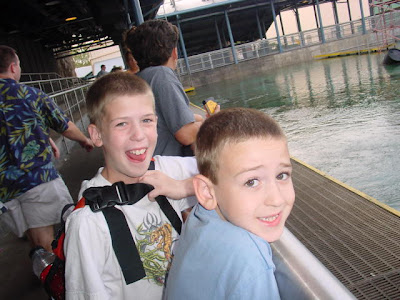 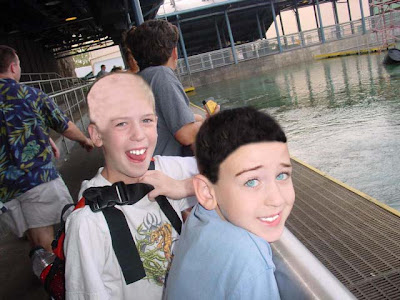 Now of course, as a mother it would have been prudent for me to tell him that perhaps it wasn’t nice to give himself movie star-like baby blues and a thick and glorious (??) head of hair while making his brother bald. I could have told him that it would have been nice if he enhanced them both instead of making himself look so superior to his brother. The defacement was not respectful.

I mean, come on, it’s hilarious.

Naturally, after seeing that, D (then fifteen) wanted to do his own “tribute”. The photo was taken on our way to Bike the Drive that year: 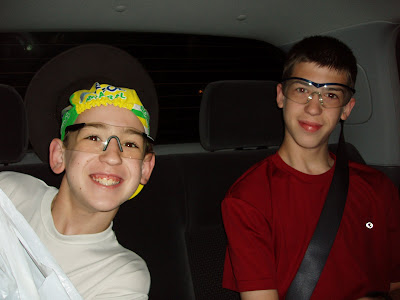 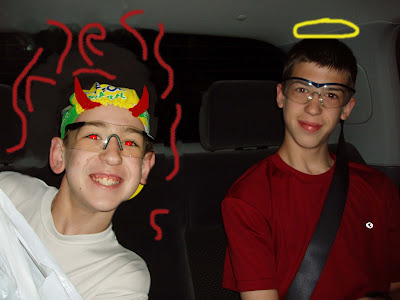 Yeah, I would have done the same thing. Ask my younger sister.

I mean, “Choose your battles”, you know?

Tagged as: An Interesting Turn of Events, Prank, too funny to ignore