One of the most memorable pieces of my weekend in San Diego was the morning on which I took the ferry to Coronado Island along with Michelle, Sue, and Liz. We got up, made a stop at the Starbucks (conveniently located in the hotel) for those who needed cawfee (right, Liz?) and then headed to the marina.

The ferry ride, which was all of six minutes, was beautiful. Skimming over the water from the hotel to Coronado was a little bit dreamy, the color of the water unbelievable.

When we arrived on the other side, we walked up the pier towards the sidewalk…and that’s when we saw it. A surrey. A group of them, actually.

Not THIS kind of Suri: 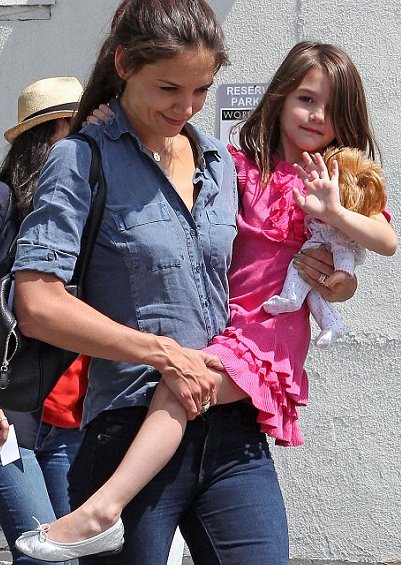 THIS kind of surrey:

And in case you were wondering, it didn’t have fringe on top, but I sort of wish it did, in homage to one of my all-time favorite movies:

As it turned out, chicks and ducks and geese DID need to scurry. The four of us girls pedaling our hearts out was a feathered creature’s biggest nightmare.

One of us even pedaled so vigorously that her flip flop got left behind, by about a block. Liz, being a really nice person, volunteered to get out and run back to get it.

I’m sure it had nothing to do with her wanting a break from pedaling.

The giddyness of the moment led to a remake of Cinderella…

And guess what? It still fit! (You probably saw that coming.)

We saw some absolutely gorgeous homes, and each picked out one (or two) to claim as our very own, you know, just in case we end up moving west.

We pedaled that surrey all over one side of the island and back. Literally.

We got within spitting distance of the Hotel Del Coronado, a place we were simply dying to check out, but we would’ve had to ride the surrey through traffic and up an extremely steep hill, only to have to turn around without disembarking because of our time allotment. (I guess I’ll have to go back!)

On the way back to the pier, we pedaled by a park. Someone noticed that a pretty yellow rose was just sitting on a bench, no owner in sight. Liz volunteered AGAIN to stop pedaling and retrieve the flower. (Her thoughtfulness is at a level for which we should all strive, don’t you think?)

It was nice to get an unexpected workout, and though we rode that thing for an hour and twenty minutes (thank goodness the rental guy gave us a grace period…), I could’ve done another hour or two, easily, because it was great fun. (My friends, however, might have chosen to meet me at a beach-side cafe after I finished the ride, alone, but I can’t say for sure.)

We asked a stranger to take our picture, for posterity…

And then it was time to park the surrey where we found it. Harder than you might think, I guess. I thought I could make a greater contribution by photographing the hilarity as the three of them eased the surrey into its spot. Good call, don’t you think?

Next time? I’m bringing fringe and a glue gun.