Totally Worth The Two Bucks. Sort Of.

We don’t always get things done on time in this house. I mean, when it’s something that truly matters, we’ve got about a 95% success rate. Something trivial though, like, say, an April Fools’ Day joke, will almost always happen late, if at all. (Much like my ability to come up with a sassy comeback…three hours after it’s needed.)

Jim and I headed off to the grocery store yesterday, but before leaving the house Jim asked J if he needed anything.

Manly shampoo. Got it.

At the store, we browsed the shampoo aisle for something masculine enough to indeed be “manly”. That’s when we saw this: 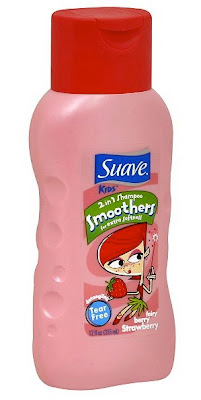 Jim looked at me and grinned. “Getting this as a joke would totally be worth the two bucks.”

I nodded, figuring I’d use it after we handed over the real “manly” shampoo to our obviously very macho sixteen-year-old.

We grabbed the pink bottle and tossed it in the cart before picking up a bottle of the same company’s “For Men” shampoo.

Today, J was in the downstairs bathroom (which is where he typically showers and dresses on school days) cleaning, when he noticed his new shampoo in the shower stall. He walked into the family room with it in one hand, shaking his head and saying, “Uh, what’s this???”

He thought it was very funny and then, as I sort of expected because of this, said, “Um yeah, but I’ll use it.”

And back into the shower stall it went.

Next post: This Is Why We Don’t Play Practical Jokes. They Backfire.