St. Patrick’s Day is huge in Chicago. The Irish bars are full to overflowing (more than bars in general are usually full) for a couple of weeks before the holiday, and it seems like half of civilization makes the pilgrimage to the city–that is, if they don’t already live there–on the Saturday before March 17, for the big parade.

OH, and the ritual of turning the Chicago River green.

What’s that? You thought the Chicago River was already on the green side? Well, yes, sort of. Here’s how the river usually looks: 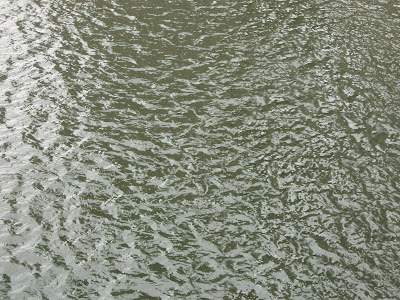 The shade of green it has displayed for more than forty years in honor of St. Patty’s Day is a little more fluorescent. I have never seen this spectacular event up close, until this past weekend.

On Saturday morning, walkways on both sides of the Chicago River between Columbus and Wabash were packed with spectators. At showtime, 10:00 a.m., the crowd went wild when the boat was spotted, and the noise followed that boat down the river, much like the Wave at a sporting event. 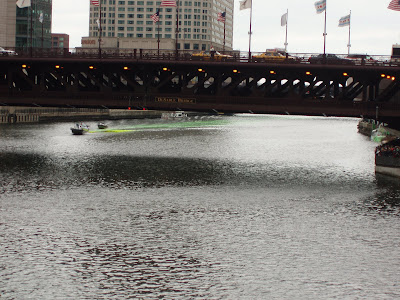 The guys of the River Crew, who were the celebrities of the moment, were dressed from head to toe in white, wearing gloves and hoods. Their faces were unprotected, and frankly, I can’t imagine how long it would take to wash up–just the face!–after the job was done.

The boat made big, curvy sweeps of the river as it went from one end of the two-block area to the other. 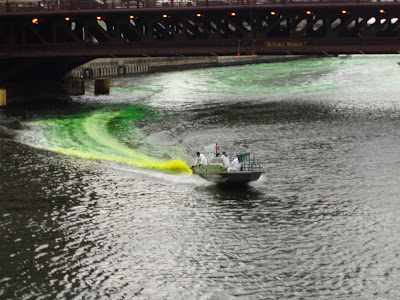 Soon, the “old” green was starting to disappear. 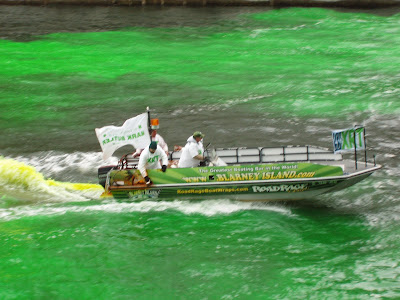 The crew kept dumping the dye–out of the box it was orange, but it turned green as soon as it hit water–and the crowds kept cheering.

Two guys from the crew followed in a little motorboat, waving and making a faster, curvier path along the river; they were “stirring” it!

When it was all said and done? Wow. Now THAT’S green. 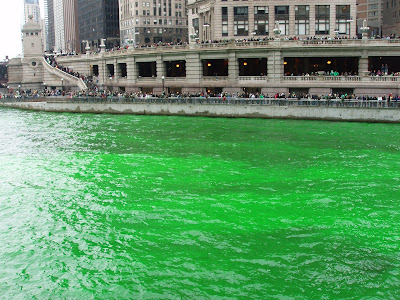 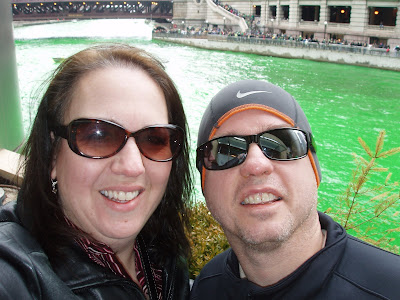