Two Cars For One Sixteen-Year-Old

Yesterday was a pretty exciting day around here: J turned sixteen. As you know, sixteen is a huge milestone for a teenager, with the ability to get a driver’s license and all. J will be taking his driver’s test at the end of the month, because he still has about 7 permit hours to go, and the nine-month permit period isn’t over yet. At ANY rate, I thought–especially since we are not the type of parents who would buy our kids a car at sixteen, even if we could afford it–that I would make his traditional rainbow cake in the shape of a car. Taking the idea even further, I decided to make a road base out of cake batter, which would be a little more complicated but I was definitely up for the challenge! 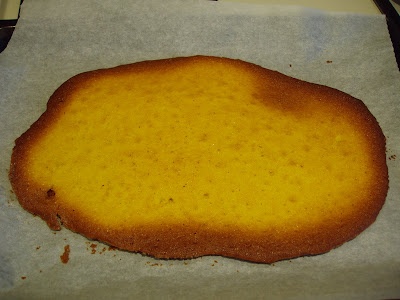 Some of these would become wheels… 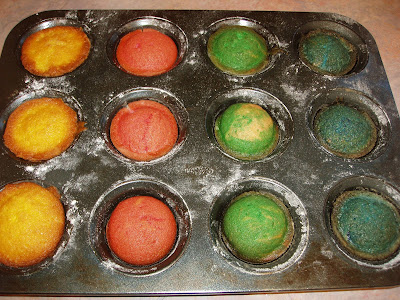 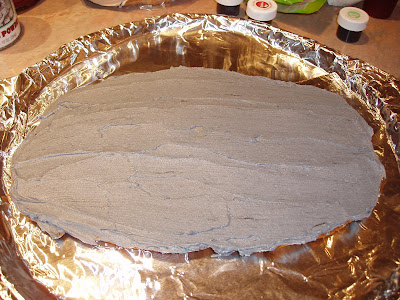 Here’s the “car”, pre-frosting, sitting on the road. 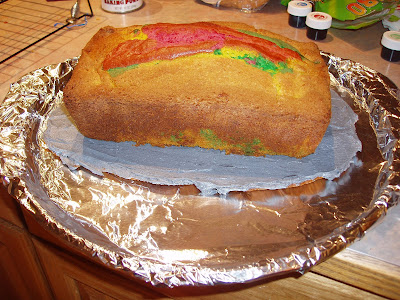 You’ll see the finished cake at the end of this post.

Jim, Julesie, J and I went out to dinner (Fuddrucker’s: YUM), and he opened his presents there. Most of them, that is. After we returned home, D’s adorable girlfriend KM brought over the gift that she and D created over the weekend when he was home. It was a CAR!

J was stunned at first, but KM opened up the top so he could hop in, and then I think it sunk in: he had a NEW CAR! Note the metallic spinner rims and the spoiler…and the Jewish stars on the front. (Does that make it a Jewmobile?) 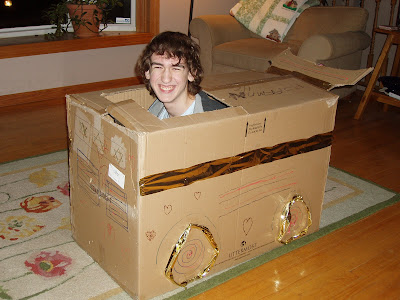 Look at this sweet ride. The license plate? “I M RDY”, from Spongebob. Listed above that are a bunch of luxury car brands. Do you see the one that doesn’t belong? That’s the kind of car that D has. 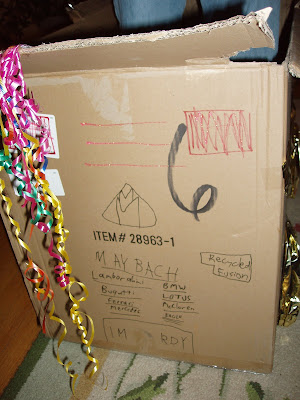 Check out the way rad steering wheel and the dashboard, which includes “Tom Cruise Control” and “PINP Mode”, which is a throwback to the era about seven years ago when J LOVED the color pink and used to say “Pink is Pimpin Pin-pin.” The car also included–ahem–a magnet of a certain feline variety. 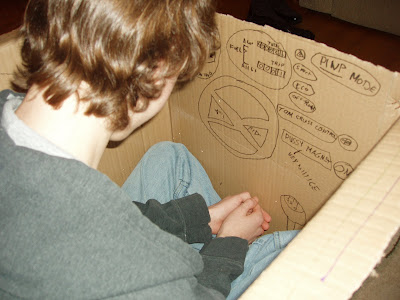 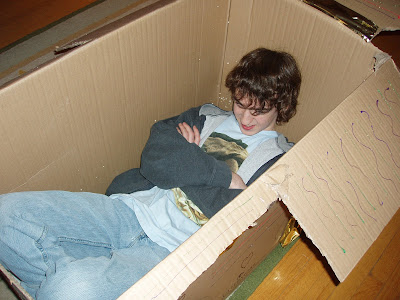 So KM hopped in as his first passenger! (This picture CRACKS ME UP.) 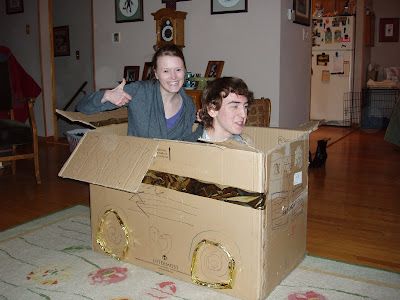 After many jokes about how he could really take it on the road if he did it Fred Flintstone style, he decided to use D’s mostly abandoned bedroom as the garage for this little darlin’.

Back to the cake:

Check it out! Here’s the front… 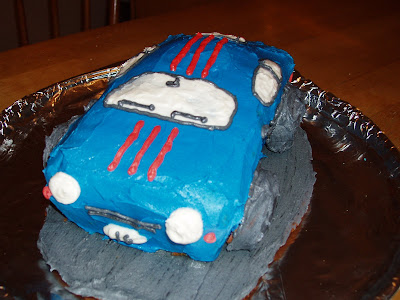 And here’s the back… 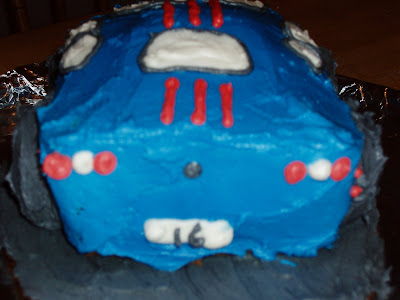 Loading it up with seventeen candles (one for good luck!) was quite the feat: we stuck trick sparkler candles in sideways. Trick candles are a family tradition. Everyone always knows they’re coming, yet they are just as frustrating to blow out as they were the first time ever. 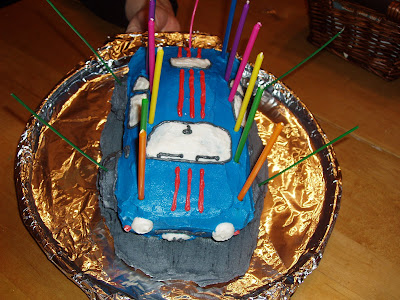 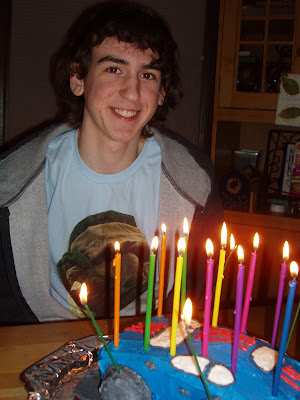 My mom (who comments here as Grandma W, happened to call just as we were getting ready to sing “Happy Birthday”, so I put her on speaker and handed J the phone so I could record the blowing out of the trick candles. As you can see from this very hilarious video, my mom has had some experience with trick candles.

Once he finally got those candles blown out, we cut the cake. Here’s the inside: 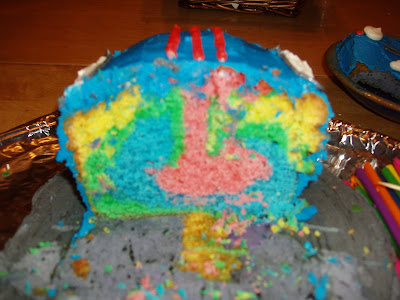