The Gift Of Self

We broke Hanukkah tradition this year, since the older boy is away at college. Normally the boys open one gift each night (give or take) during the holiday. This year, the younger boy opened a gift each night, all alone, for the first couple of nights until his brother came home for the weekend. Saturday night we had our Hanukkah extravaganza (latkes, blintzes, kugel, oh my!), and the boys opened all of their gifts together.

The older boy had a special gift for his brother, something I didn’t ever expect. When he told me about it earlier in the day Saturday, the whole thing had an egotistical slant to it, but I knew that the younger boy would love it. And, after being totally stunned during the presentation of the gift, he indeed thought it was totally awesome. 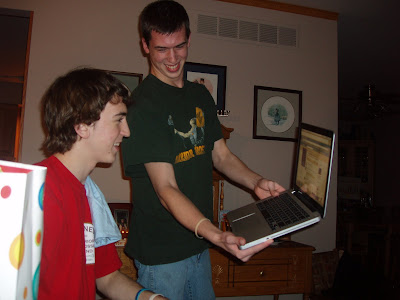 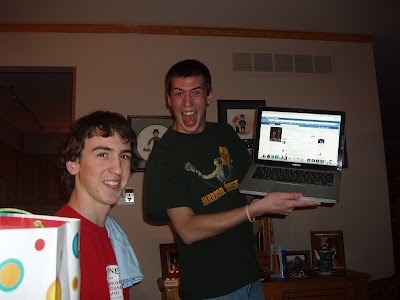 It was a happy moment. As my sister said, “That’s progress!”

Next post: You’re All Winners, But In This Case, Six of You Are Winning-er Than The Rest