Schnitzel and Face Masks and Hookers, Oh My! (Alternate Title: "How I Spent My Christmas Eve")

Friday (also known as Christmas Eve) was a lovely day. It was the first time in ages that Jim and I had day-long plans, alone together. To top it off, we were going to one of my favorite places–downtown Chicago–and experiencing a few of my favorite things.

We took the train from the station near our house; the hour-long ride was lovely. Seeing the holiday decorations at each station along the way was very cool, even though some of the life-sized snowman decorations made by school children at the Berwyn stop were mega-creepy (sorry kids!). Once we arrived at Union Station we headed upstairs and grabbed a taxi that would take us to Daley Plaza, for the last day (this year!) of the Christkindlmarket. 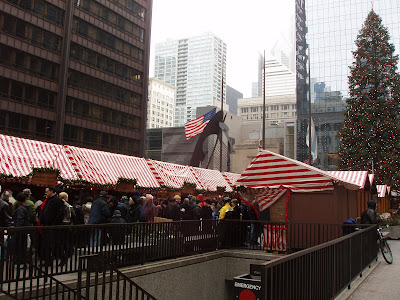 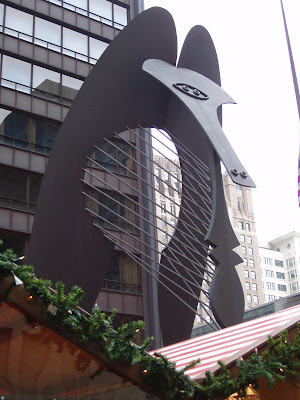 It was really fun to check out all of the booths, many of which were occupied by merchants who come from Germany for the month, to sell their wares. 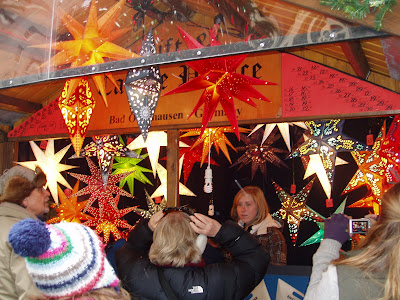 We picked up some Stollen from this place: YUM.

We found the Christmas store from Rothenburg and went in, feeling reminiscent for the fun times we had over the summer. They had some gorgeous ornaments. 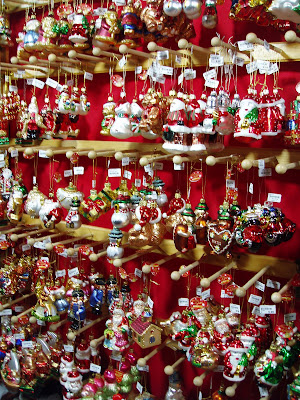 It was time for lunch, so we got a Wiener Schnitzel sandwich (ugh: we didn’t want it on a bun but that’s how they served it) and some french fries with a curry catsup on them. I can tell you with 100% certainty that the Wiener Schnitzel we ate in Germany over the summer was about 1000 times better than what we ate at Daley Plaza. Oh well. 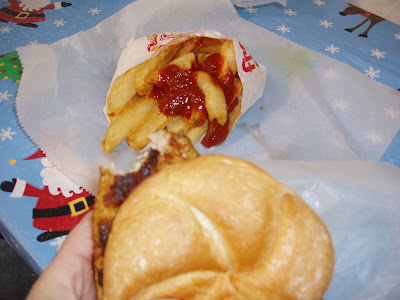 After lunch it was time to find the DOM itp booth, so I could purchase my copy of OHMommy’s newly published book! Though my kids are way too old to enjoy it, I’m going to send it to Bean and Squeaks so they can learn about how a Polish-American family celebrates Wigilia! (Have you bought your copy? It’s important for bloggers to support each other, you know?) (and if you’re not a blogger, you should still buy it!) 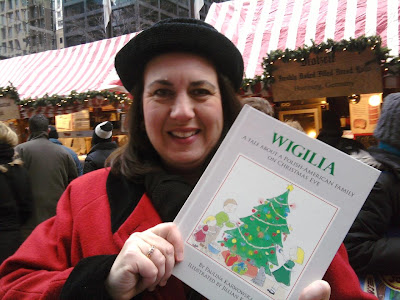 After a while it was time to take a lovely walk down the street to the Cadillac Palace Theater, for “Wicked”. This would be my fourth time and Jim’s second. If you haven’t seen it and it comes to your area, GO. My only problem on Friday was that I forgot to bring Kleenex on Friday for the times I started crying. (I wrote about this in February at Music Savvy Mom.) The actress who was starring as Elphaba (the “wicked” witch of the west) had an incredible voice; I thought she was just as good as Idina Menzel, who originated the role on Broadway.

Jim sat, of course, next to me, but on my other side was an older woman who was seeing the show with her adult son, John Paul. How do I know his name? Because she talked constantly before the show and during intermission, and she included her son’s name in almost every sentence. She was actually adorable and I thought it was very nice that she flew from New England to spend Christmas with her son, and that he took her to see “Wicked”. She loved the theater; the last time she visited, he took her to a theater in Milwaukee. She read the “Wicked” book, as did her son. I could go on with what I learned about her, but I won’t. Nice lady. 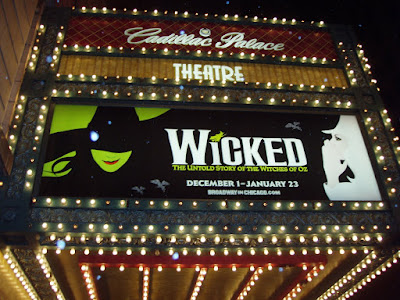 After “Wicked” it was time for us to try a new restaurant (to us), Petterino’s. It’s a part of the Lettuce Entertain You group, so we knew it would be pretty good. 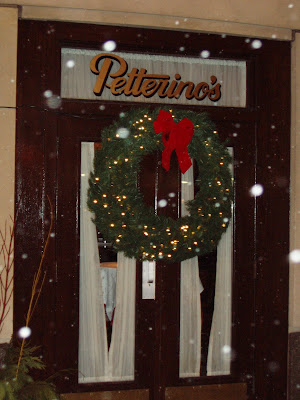 Petterino’s has a great vibe: very retro, upscale, swanky. I could imagine the Rat Pack tossing a few back at the bar. The walls were covered with celebrity caricatures (many of them signed). They take reservations seriously here; they really reserved the tables for people with reservations, with a “reserved” sign. I don’t think I’ve ever seen that before. 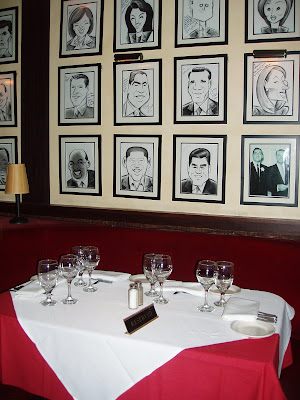 After being seated, we checked out the cocktails. I ordered a Suzy’s Cosmopolitan. I couldn’t get Jim to taste it; he mumbled something about it being too girly. 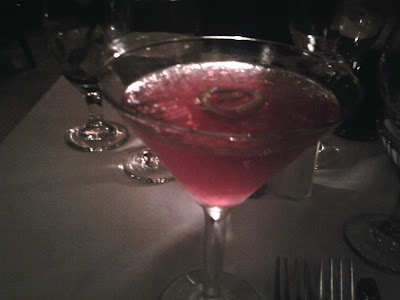 Shortly after we ordered, an older couple was seated at the table for two that was right next to ours. The man was an old curmudgeon, complaining about everything from the moment they sat down. He ordered an unusual drink from the server, and immediately grew impatient when the server asked him to repeat it so he could get it right. Then, the drink was wrong anyway, and the old man was beside himself about that.

Halfway through our meal, Jim motioned with his eyes towards the old man (who was sitting next to me, facing his wife, who was next to Jim). I glanced over, and he put on a face mask. Why? Because of me.

I have had a cough since Thanksgiving, and finally got antibiotics for it last week because it just wasn’t going away. I have been feeling lots better over the past few days and my coughing has decreased in a major way, but I still do cough a little bit here and there.

Nobody was sitting on the other side of us, and every time I had to cough, I would lean over in that direction and cough into my arm. I guess the old man was worried that some of my germs had boomerang qualities, thus he put on the mask. We had a good laugh about that, and are probably going to hell because of it: for all we know, the old man has some kind of immune system problem, but it was just so funny that he put on the mask halfway through the meal and, after that, kept moving the mask out of the way so he could put his fork in his mouth.

Other than that, dinner was wonderful and we will definitely return to Petterino’s. We walked outside to catch a cab back to Union Station and it was still snowing. The city was just beautiful: so romantic! 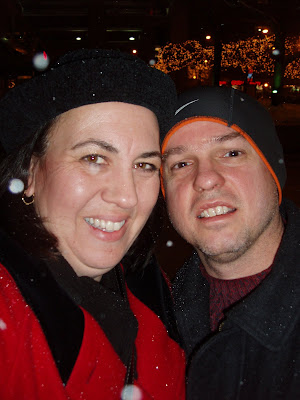 Back at Union Station, we had a while to wait for our train. I made a stop at the restroom before we headed to wait by the track. While I was, er, doing what I needed to do, I heard some, er, noises coming from the stall next to me. I am very certain that a prostitute and her customer were conducting business in there. So creepy. (Merry Christmas to them?)

Finally, our train came, we boarded, and headed home. Back at the station near our house, we chose to take the fifteen minute walk home in the gently falling snow. It had been a lovely day together, reconnecting like we did. And of course, in addition to the joys of having a fabulous day with my husband, something else was reinforced at the same time: 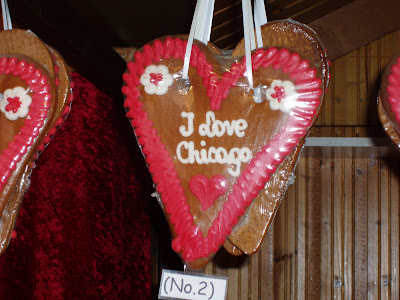