It Seems Like Only Yesterday He Was Playing With Cardboard Boxes.

You know how it goes: you watch your young child open up a fantastic gift on his birthday (or whenever), and he ends up spending more time and energy on the box it came in rather than the gift itself.

It’s been ages since that sort of event has happened in this house, but yesterday I was a witness* to something that was totally reminiscent of those days of long ago.

We received a large box from the FedEx delivery man. The older boy, home from college for the week, brought it in the house and I looked at the return address: it was from Harry and David, sent by Kate and her family.

As I was pulling the bagels out of the cooler, the older boy screamed. 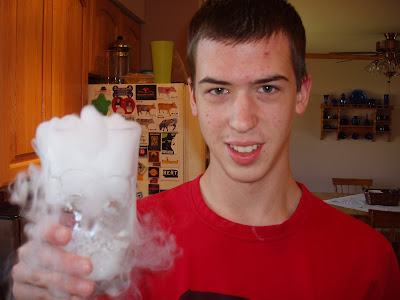 He spent the next forty-five minutes carefully (because dry ice is so cold, it can burn you: DON’T TRY THIS AT HOME, YOUNG KIDS!) pouring dry ice into a glass and filling it with water to watch what happens.

“This is how they do it in the movies, you know…” 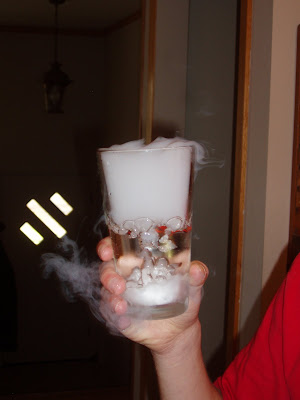 And by the way, don’t put your dry ice into a large Ziploc bag, seal it, and then try to store it in the freezer for later so your brother can enjoy a few pieces of fun: the bag will explode.

Or at least that’s what I’ve heard. 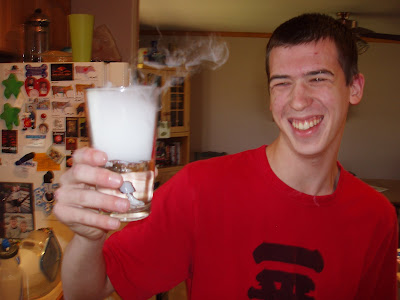 *Okay, and I was ALSO a participant. I can’t lie.

Previous post: A Letter To The Guy Who Watched My Zumba Class This Morning