This weekend, as we recognize the ninth anniversary of the tragic events and horrible losses in New York City, Pennsylvania, and Washington D.C., there will be lots of coverage regarding the turmoil that is going on regarding the possible burning of the Koran in Florida and the possible building of a mosque at Ground Zero. Lots of negative energy around those stories, no?

When I was in New York City last month, I made a visit to Ground Zero on two occasions. The first was on foot with a bunch of great friends. We made our way through the rush hour crowds in the financial district to try and get a glimpse of the construction site. On our way, we stopped at the home of the FDNY Ten House, which is right across the street from Ground Zero. We were able to have our own moment of silence at their memorial; it moved me to tears. 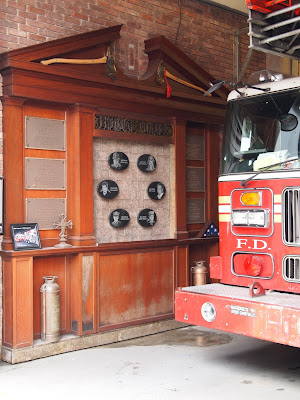 This picture was taken with the Olympus PEN E-PL1 that I was borrowing at the time!
I can’t say enough about the fire fighters, EMTs, police officers, and other emergency personnel who gave a whole new meaning to the word “hero” on that awful day and the days that followed. I have always respected the work of these professionals, but the events of nine years ago gave me a true appreciation for them that goes much deeper than respect.

Later that same day, I was on a bus tour of Manhattan, and we were driven by “Tiles for America”, a project made up of hand-painted ceramic tiles from all over the country. Half of them are displayed at the corner of 7th Avenue and 11th Street, and the other half is displayed at the Tribute WTC Center on the southside of Ground Zero. The exhibit is very moving, even from the top of a double decker bus. It expresses the collective hope for triumph in the face of tragedy; seeing it in person was very inspiring and, indeed, hopeful. (click the pictures to enlarge them.) 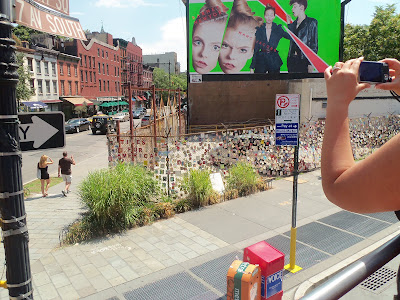 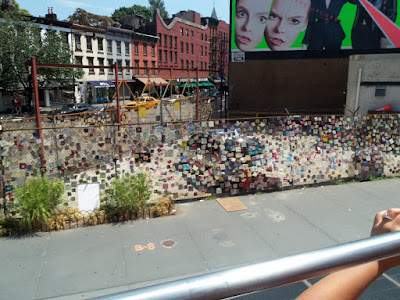 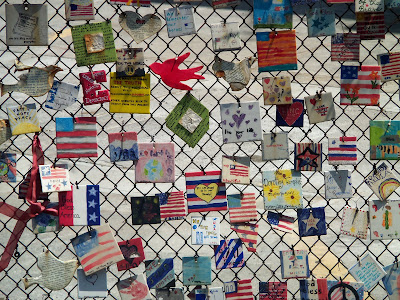 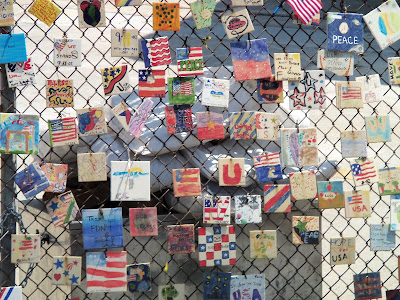 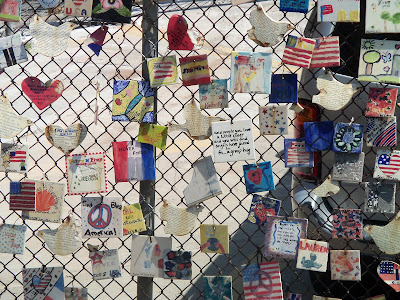 Next post: Family Time IS Happy Time! (& So Is Eating An Angus Deluxe Snack Wrap)