Tea at the Plaza Hotel, With Dyson 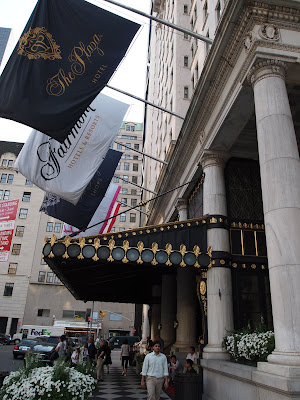 Last month I attended a Tea at the Plaza Hotel in New York City along with other writers from The Chicago Moms, Chicagonista, and NY Metropolista. The event was sponsored by Dyson, and it was a lot of fun, but I have to back up for a second.

The Plaza Hotel has had a special place in my heart since childhood. My sister and I were big fans of Eloise, a fictional character created by author Kay Thompson and illustrator Hilary Knight. We had still have the original Eloise book, and as daughters of a hotel manager, totally loved the story about this precocious little girl who lived at the Plaza with her dog Weenie, her turtle, Skipperdee. and her British nanny.

On my first visit to New York (I was thirty!), I absolutely had to check out the Plaza, where a huge painting of Eloise hangs. It makes me smile. I actually make a point of “visiting” Eloise each time I go to New York. I took this picture of it on my trip in 2009. 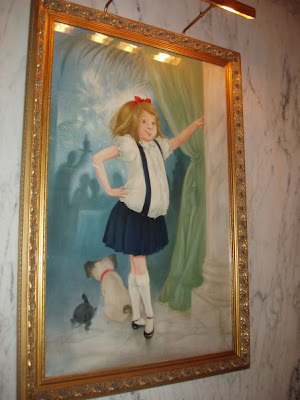 Though I go to the Plaza each time I hit Manhattan, it’s, as they say, “too rich for my blood” so I don’t do anything more than take pictures like the tourist that I am.

You can imagine, then, how exciting it was for me to receive an invitation to this Dyson event, which was held in the famous Palm Court. I actually let out a huge “Squeeeee!” (oh yes, I did.)

When we arrived, I felt like I was in a dream. The room was just as beautiful as I remembered from the last time I walked by, only this time I was one of the lucky ones grabbing myself a seat. 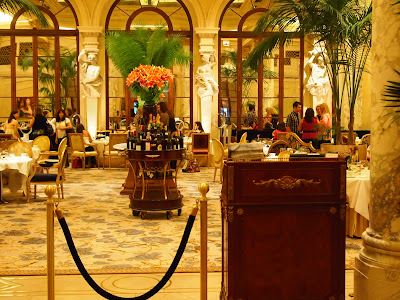 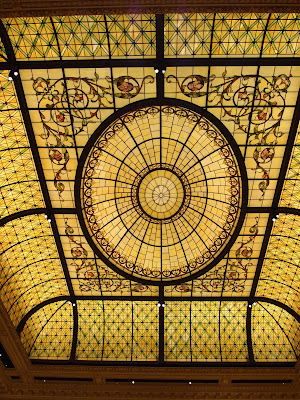 The place settings were simple and lovely. 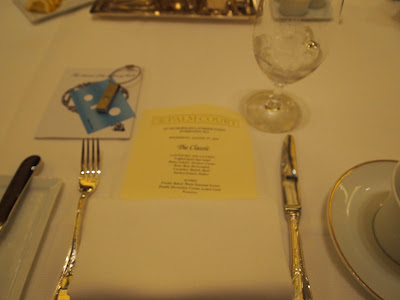 The centerpieces? So creative: they were the new Dyson Air Multipliers, which are bladeless fans. Very cool! 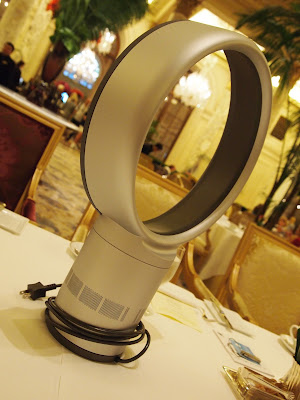 I enjoyed perusing the menu as I chatted with those around me, including Valerie from Dyson. 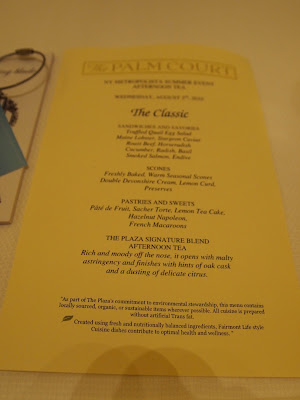 It was then that I learned Dyson is actually based in Chicago. WHAT? Who knew?? (not me, obviously!) 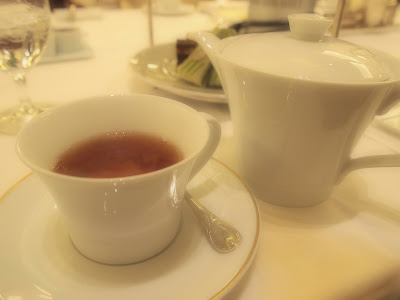 The food? So small, yet so good. 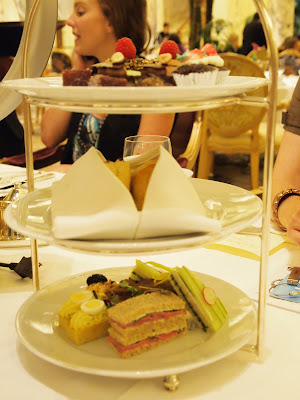 It was a great afternoon. I met so many folks who were new to me, including Andrea Metcalf, fitness expert, personal trainer, writer at Oprah.com, and contributor to NBC 5 in Chicago (The Fitness Team!) as well as the Today Show on occasion! I’ve seen Andrea on television so many times in workout clothes that it took me a few minutes to recognize her all dressed up, but once I did, I introduced myself and we had a lovely conversation. (Preview: I’ll be reviewing Andrea’s soon-to-be-released fitness DVD set in the next couple of weeks!) I was happy to be able to sit and chat with MJ Tam (Head Chicagonista), too, because she is usually speed-walking right past me at other events, taking care of business!

We found out near the end of the tea that Dyson would be sending us all an Air Multiplier for our very own, so I have to say THANK YOU to Dyson. (Not only for the gift, but also for shipping it directly to my home!) It’s really terrific. The idea of a fan with no blades is bizarre at best, but it really works! There is no “buffeting” with the Air Multiplier. Do you know what that means? I DIDN’T, until this tea event when it was explained to me. Buffeting is what happens to your air when a regular fan (with blades) chops it before it gets to you. The Air Multiplier, having no blades, blows smooth air in your direction. It’s way easier to clean, too, and it has a unique look. In fact, my older son took one look at it and said, “I can take this to my dorm room, right?”

Not on your life, buddy. Nice try, though.

P.S. I could get used to having tea at the Plaza. Just sayin’.

Tagged as: Beyond Awesome