Random Thoughts and Pictures: German Style (Or, “I Guess It’ll Have To Go Here”)

Unfortunately, all good things must come to an end.

(Is that really true? Do all good things really have to come to an end? I suspect not.)

If you are still reading this after so many days of my blogging about my family trip to Germany, I owe you a huge thanks for sticking around. I feel like the annoying relative who showed up unannounced with five thousand slides from her summer vacation, and you were held hostage without so much as a bathroom break.

In all, I’ve done (including this one) eighteen posts about my trip since I returned home. (I was gone for eight days, including travel!) You deserve some kind of award if you read them all. And if you didn’t, but want to? Of course you can find them in my archives, but I’ll also do a round-up which includes all of the links, so you can one-stop shop.

Anyway, I have a bunch of random thoughts and pictures that I wanted to share with you before closing up shop on the vacation posts and moving on. First, the thoughts.

1. The pace of German life is much slower than it is in the States, which I found very attractive. And no, I don’t think I perceived it that way because we were on vacation.

2. When you eat at a German restaurant, the servers don’t just automatically bring you the bill when they think you are finished. In fact, they don’t automatically bring you the bill anytime: you have to wave them down, which can be difficult sometimes. The servers also don’t come back regularly to check to see if you need more to drink, and they don’t stop by incessantly, asking how you’re doing. At first this was a little annoying to me, but when I realized that Jim and I pay about the same amount in the States when we eat dinner out and yet we are in and out of American restaurants in less than an hour (most of the time), I felt like we got much more value in a relaxing, unrushed meal that included great conversation and quality time with the family when we were in Germany.

(P.S. In Germany, the tip–though we always added extra because the amount was small–is automatically added to the bill.)

3. In Bavaria, stores close at 8:00 during the week and they’re closed altogether on Sundays. This was also annoying at first to us tourists, but when you think about it, this is–in a way–enforced relaxation. Though it’s difficult for people who work long hours there to get their errands done in their off-time, the lack of places to go after 8:00 p.m. makes it easier to focus on leisure activities or just getting things done at home. So although, as Kat told us, people in Bavaria are trying to get this changed, I’m thinking I might enjoy that.

Okay, maybe only for a week.

4. Even in Germany, you can still grocery shop to the classic music of Phil Collins.

5. We NEVER would have been able to navigate around Germany on our own (in a timely manner) without a GPS Navigation System. Period.

6. I loved interacting with the Germans who were truly appreciative that we were trying to speak to them in their language. When we ate lunch in the Dachau Altstadt, the server actually took the time to assist the boys in finishing their sentences properly, and then complimented them on their efforts.

7. I really, really hope I can return the favor someday to Kat and Holger for being such wonderful hosts. Not only did they go above and beyond, but they really felt like family from the time we met at the airport. Keeping my fingers crossed that the next year or two brings a Chicago visit!

Our first view of the Alps: 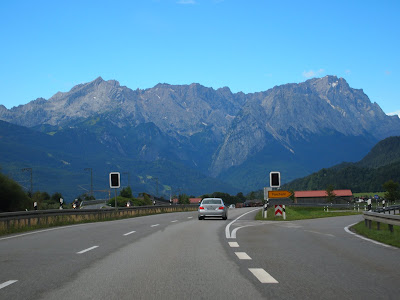 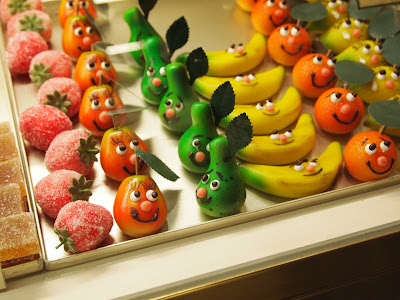 A lake in Austria (yes, we detoured there when driving between Schloss Neuschwanstein and Schloss Linderhof!): 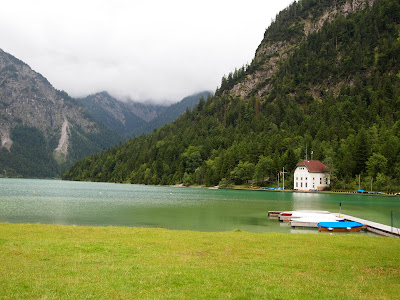 Though this looks more like Ireland (because I used my pop art filter to take this picture), it’s indeed Germany, and though this photo doesn’t show it, it was also a Double Rainbow. The boys and I were shouting, “Whoa!!! What does it mean?? It’s so intense!” If you have no idea what that refers to, you must click here. You’re welcome. 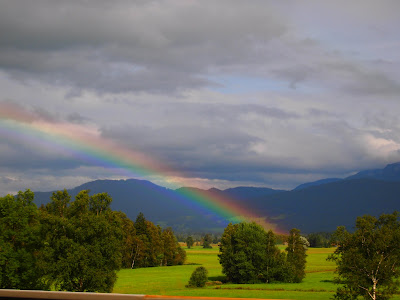 I love how Germans don’t try to hide their health warnings by using small print. Right on the packs of cigs: “SMOKING CAN BE DEADLY.” Period. 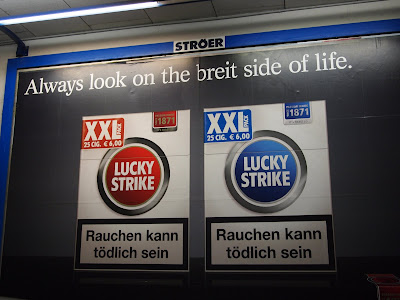 I have no words on this one, taken in Ingolstadt. It’s just funny. 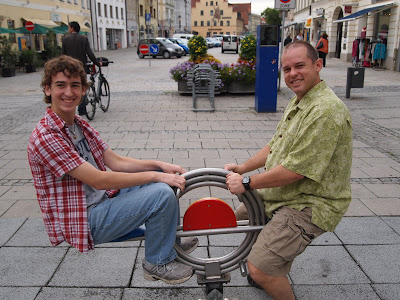 This was part of a fountain in Ingolstadt. 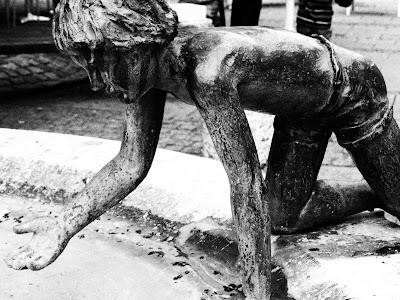 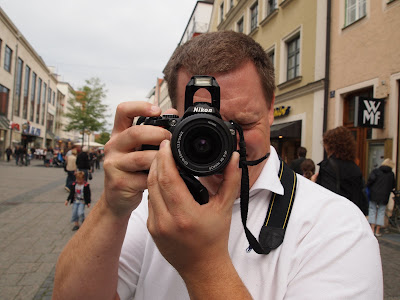 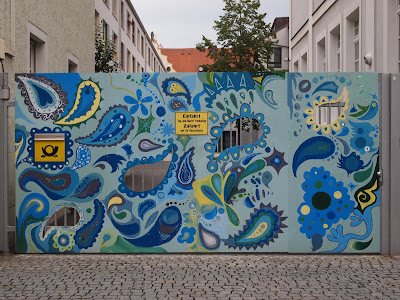 This little deserted chapel is right outside of Kat’s house. 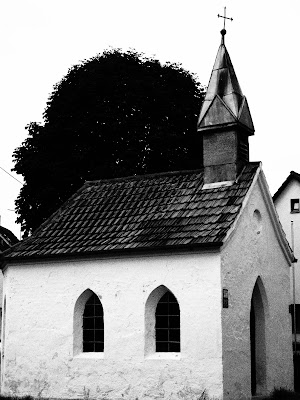 From Kat’s back yard! I love sunflowers. 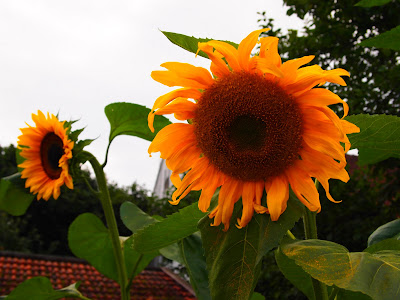 Thanks again for “going on vacation with me”! Moving on, tomorrow!

Next post: Passion For Learning: A Visit To Scholastic Headquarters!