These Walls Were Made For Walkin’

We spent a day in Rothenburg ob der Tauber, a medieval town which is located near the northern end of the Romantic Road. It was my second visit, having first been there in 1983, and I was truly psyched to return. It is probably one of the most picturesque places I’ve ever seen in my entire life (and if you know how old I am, you know I’ve been around long enough to see a lot!). 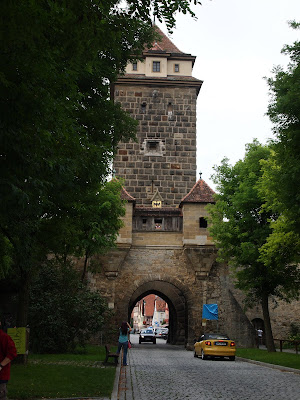 Rothenburg has a wall around it, which was used in medieval times to, obviously, protect the people in town. 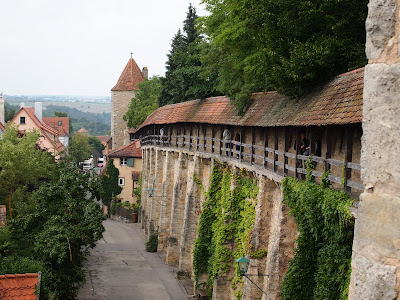 Even today, visitors can walk around most of the town ON the wall, which is a great vantage point to have; I highly recommend it. The steps are old (duh) and steep, so use caution! 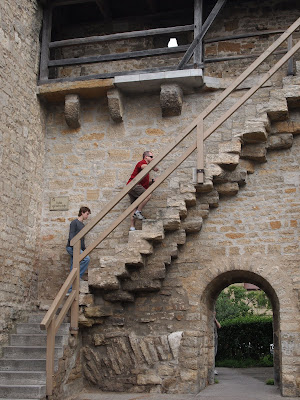 Once you’re inside the town, you’ll see beautiful buildings (many with ancient wrought-iron signage) lining the streets, like this: 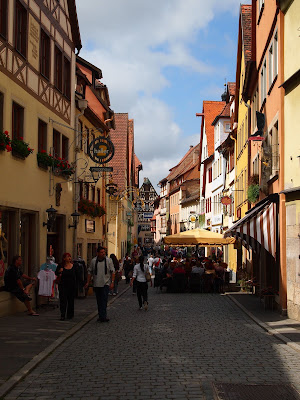 The town square is bustling and gorgeous. 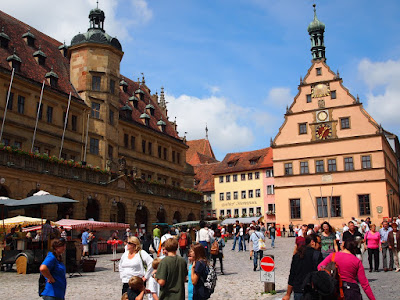 There are fantastic sights every which way you turn! 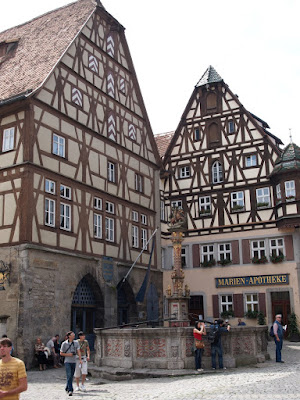 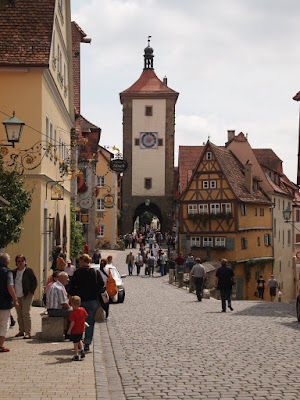 We enjoyed lunch in Rothenburg (more on that in another post!) and walked around in town for a bit before going back on the wall. I thought this picture was pretty cool: the vines growing through the old roof over the wall made for a great contrast. 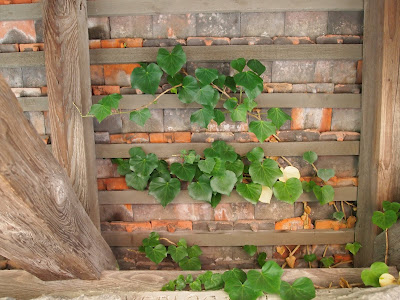 Here’s the gang, taking a little break from walking. 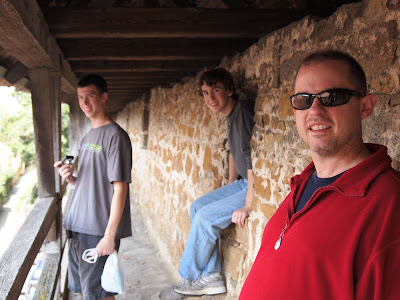 The wall is full of slits like the one below, through which residents could fire at attackers, back in the day. 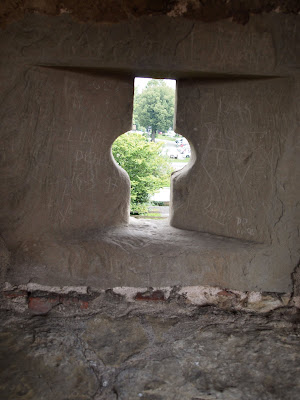 The wall also has something (on the inside) that was perplexing to me, until just now when I did a little bit of research. As you walk along the wall, you can see concrete plaques with names, cities, and dates engraved on them. I figured out on my own that they were from some sort of fundraiser, but couldn’t be clear on when or why. What I did notice, however, was that many (and I mean MANY) of the plaques were purchased by Japanese people. I was disturbed as we walked, wondering why the heck this beautiful German town seemed to be the subject of a takeover attempt by Japan. I mean, I have absolutely nothing against the Japanese, but it was weird to me to see so much of Japan all over this wall.

As it turns out, I discovered by reading this great article, because U.S. bombings in WWII destroyed about 40% of the buildings and a chunk of the Rothenburg wall (oops. sorry.), the town started this name plaque fundraiser in the 1950’s to pay for the restoration of what was lost. I’m assuming that Japan, being a WWII ally of Germany, got heavily involved that way. I feel better now.

Eventually we came to the Röder Turm (the Roeder Tower), and discovered that we could climb the stairs (YES, more stairs! A German vacation is great for the tightening of your gluteus maximus.) to check out the town from up high, for a small fee of course. It was one of those “Hey, that’s way cool!” discoveries that only costs a teeny bit; it was a big thrill. 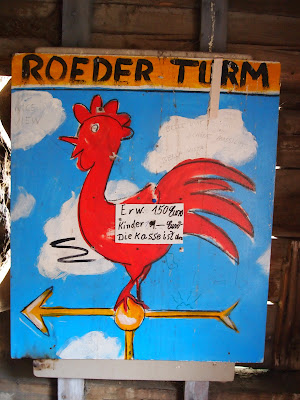 Well, it was a thrill until the first million steps.

Okay, just kidding. It continued to be a thrill all the way up, But those steps were plentiful AND steep. I’m a person who is a little bit shaky when it comes to heights, and my heart rate got quicker and quicker all the way up. (And, though physically easier, the way down was way more terrifying.) I mean, just LOOK at these steps! 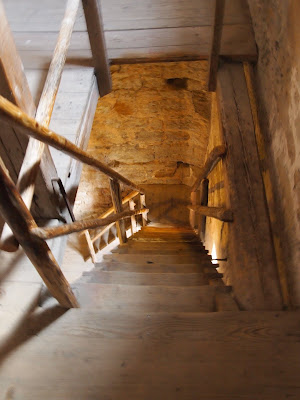 We were handsomely rewarded, though, with a view that is something I’ll remember forever. I used the Pop Art filter when I took these pictures, to soup ’em up a little bit. Aren’t they awesome? 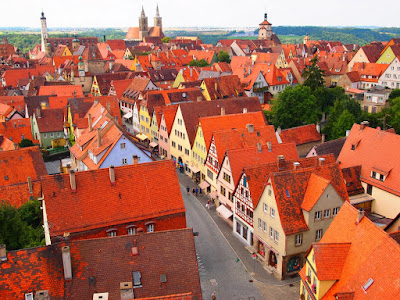 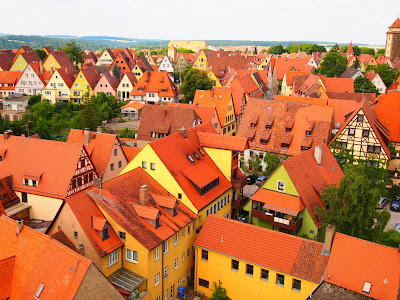 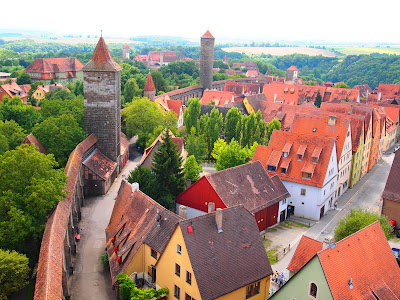 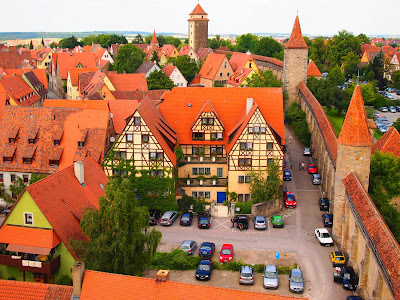 After leaving Rothenburg, we drove south on the Romantic Road and made short stops in Dinklesbühl (for pictures) and Donauwörth (for dinner: more on that in my food post!), and then headed back to Kat and Holger’s house to have sweet dreams of our dreamy day. I can’t wait to return there someday!

Next post: Germany Is Obviously Full of Green Thumbs.

Previous post: Bursting At The Seams, I Had To Put One Elsewhere.