The East-West German Pepsi Challenge of 2010

After the seriousness of yesterday’s post, I thought it would be a good idea to post something a little, err, lighter today.

One of the things on the schedule during our Germany visit was something Kat set up as a surprise for us: the Pepsi Challenge 2010. I think she remembered seeing how much fun we had with our Kit Kat Taste Test of 2006 and thought we’d enjoy doing a challenge in which we had to identify the East German cola. (She was right: we had a blast!) She told us that she “imported them” from East Germany, meaning she went to the store near her parents’ house on her last visit there, to buy it for this special event.

Rather than keeping the choices limited to two different colas, Kat completely lost her mind and included SEVEN. She took this first picture (if I had taken it, it would have been cheating, no?). 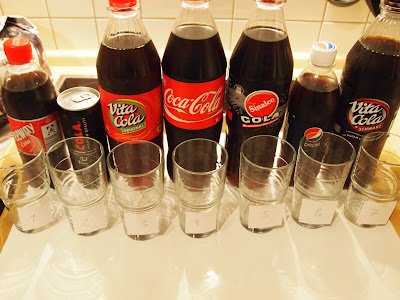 After Kat brought out the intimidating-looking tray of colas, she told us that all we had to do was pick out the Coke, the Pepsi, and one of the East German Colas. We all knew which one was NOT Coke or Pepsi: number two clearly had some issues with color. 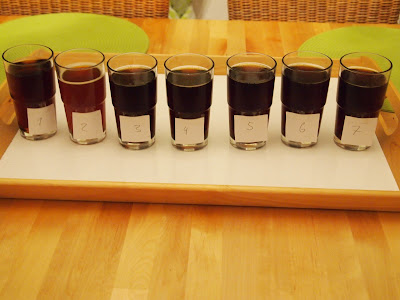 We all took turns trying all seven (don’t worry about cooties: as far as we know none of us had any) colas, writing down what our guesses were. 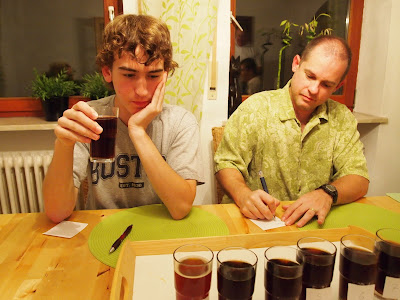 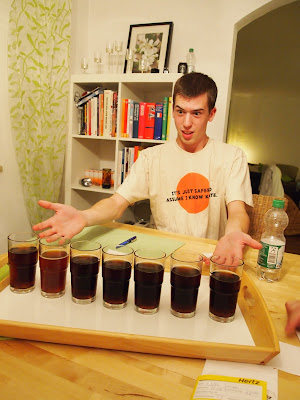 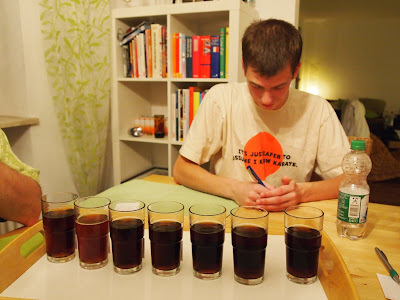 Out of everybody, Holger was definitely the most analytical. Though we all laughed at the big deal he was making out of each glass, there was a method to his madness. 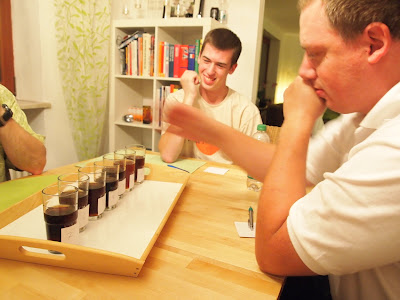 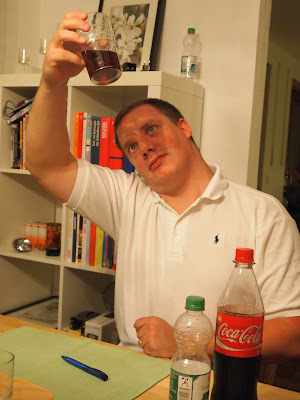 In the end, Holger not only guessed which was Coke, which was Pepsi, and which two were the East German colas, but I’m fairly certain he got five out of seven right (or was it six, Kat?), which was amazing to the rest of us.

I got the Coke and Pepsi right; that’s about it. Jim too. I think the younger boy got Coke right, and the older boy? Well, he got zero out of zero. Pitiful, considering how much soda he drinks.

Here is a list of the seven featured colas: 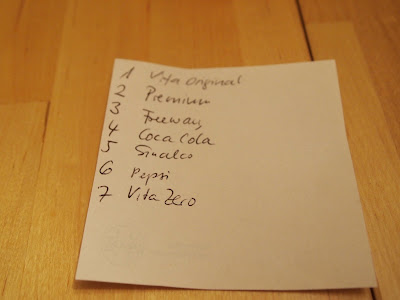 All in all, a fun evening. (Thanks Kat!) And that lighter cola? Icky. It didn’t smell good, either, in case you’re wondering.