Those of you who know me well probably read last night’s post about the food we ate in Germany and wondered if I was holding something back, because I only mentioned a dessert (Black Forest cherry cake) once.

You’d be right. We had lots of sweet treats while in Europe, and I thought I’d tell you about two of the standouts.

The younger boy’s German teacher (who used to be the older boy’s teacher when she was at his high school), a really cool woman who is a real, live, native German, told him all about “Spaghetti Eis”. Eis is the German word for “ice cream”, by the way. Once we arrived in Munich, he was on a mission: a mission to eat Spaghetti Eis.

It took a couple of days, but he finally got some in Rothenburg ob der Tauber. First, they take vanilla ice cream and put it in an extruder (just like Play Doh!). 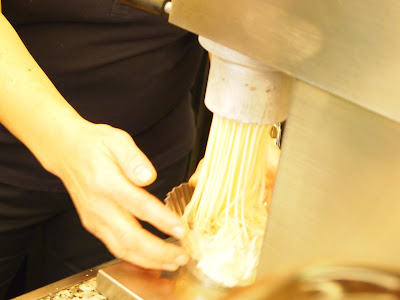 After that, they put strawberry topping and shredded while chocolate on it (don’t forget the wafer!) to make it look all spaghetti-like. YUM! 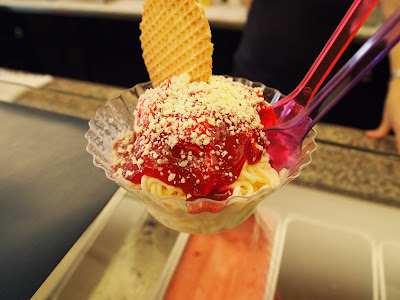 Guess which one of us opted for just a plain chocolate ice cream cone? (Hint: she’s wearing nail polish.) 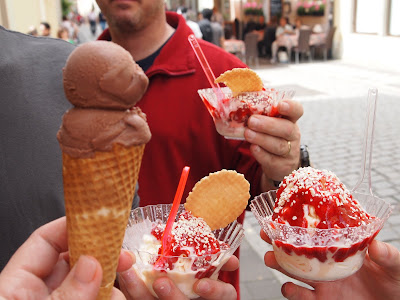 As it turned out Rothenburg was quite the hotbed for fantastic desserts. While walking down the street we came across this bakery window. 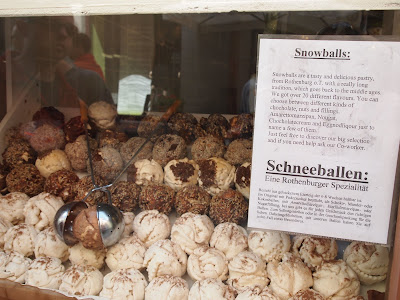 Schneeballen (snowballs), we learned, are a Rothenburg specialty. We saw a video on how they are made (it’s not on Youtube; I checked.); basically it’s dough that is rolled out and then cut into strips. The strips are put into this ball-shaped tool: 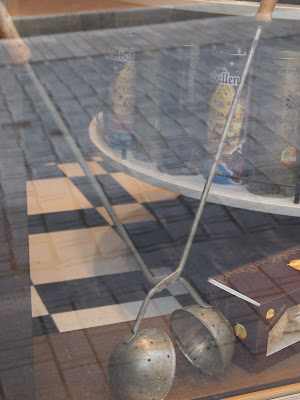 and then the tool goes into the hot oil so the thing is deep-fried. When they are cooked, they are rolled (or covered) in different toppings, like chocolate, powdered sugar, nuts, and all kinds of goodness. 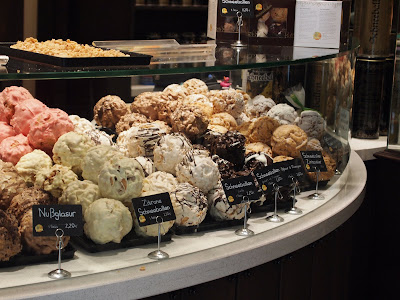 They also sold these cool tins, so you could take a bunch home with you, which we did. 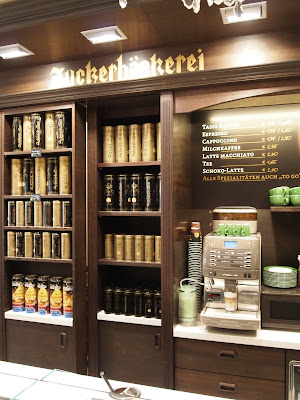 Schneeballen aren’t a treat I’d eat on a daily basis, but they sure were a tasty part of a memorable day in Rothenburg ob der Tauber!

Next post: Analyze This: The Doors and Windows Question

Previous post: We Even Went to Church in Germany…Sort Of.