Before I begin my post, I want to send greetings to Kat’s father, who has been following my Germany posts with the help of Google Translate. Hallo Kat’s Vati/Vater/Papa! I hope to meet you on my next visit!

When I say “Beverages in Germany”, you think…beer.

And you’d be right, but I’ll get to that in a minute. There were other beverages that were consumed and enjoyed very much on this trip to Bavaria, too. (Did I mention that I don’t drink beer?)

One day while shopping in downtown Munich, we were pleased to happen upon the Coke Zero Street Team, because we were parched. Free Coke Zero for everyone! (Bonus? Returning the empty cans to the street team got the boys coupons for free stuff from Burger King. Which we didn’t use. But it was a lovely gesture.) 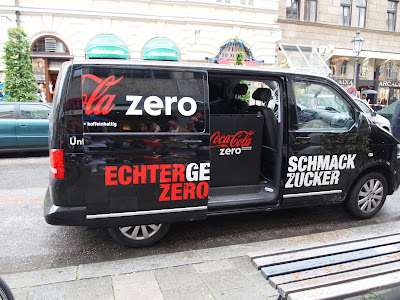 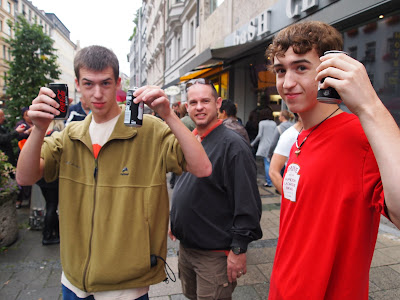 I didn’t drink much of the same soda/pop/coke I normally drink while in Germany, because I stuck with Spezi. You know what that is, right? 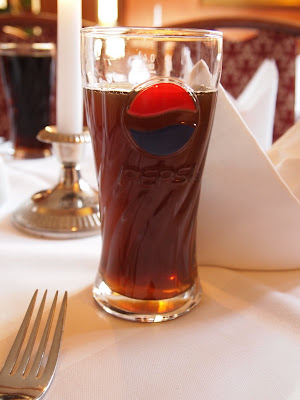 It’s DELICIOUS, that’s what it is. Spezi is a mixture of cola and orange soda. I know, it sounds icky, but it’s really good. I first enjoyed Spezi in Germany at the age of fourteen, then not again until my 2006 trip to Dresden, and then not again until this trip. I don’t plan to wait until my next trip to Germany to enjoy Spezi again, though. In fact, I’ve already had it once since our return: at a temple picnic on Sunday, the younger boy mixed us up a couple of glasses. It was absolutely yummy: you should try it! If you’re making it yourself, I recommend not quite a 50/50 mix: go a teeny bit heavier on the cola. Click here for the Spezi wiki if you want to learn more about it! (And by the way, we also enjoyed Schwip Schwap, which is Pepsi’s version of Spezi, as well as Mezzo Mix, which is by Coca Cola!)

The day before we had to get back on the plane to come home, the older boy, Kat, and I were grocery shopping when the angels started singing, because I found this: 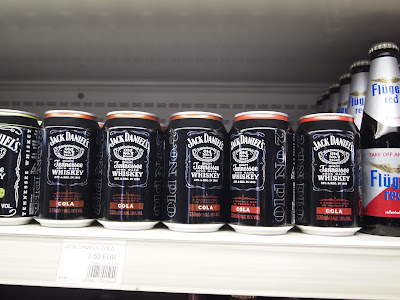 I paid something like 2.30 Euros for ONE CAN (which is close to three bucks!), but it was worth it. Totally. I mean, who’d have ever thought I could find my Black Jack Cola in Germany?? Not me, that’s for sure!

Alright, alright…you want to hear about the beer. Jim was excited to use his three-word German vocabulary on this trip (and actually, he came home knowing lots more than three words! I was so proud!). One of the places I wanted to stop, if only for a little while, was Munich’s famous Hofbräuhaus. It’s jam-packed full of tourists and Kat confirmed that locals don’t actually go there. I wanted to stop in, though, because (you guessed it) I went there on my first trip to Germany.

As we were walking around town looking for it, we got turned around. I went into a women’s clothing store to ask for help, and when I told the woman (in German, thank you very much!) that we were looking for the Hofbräuhaus, she sighed as only a local would. I actually apologized to her for wanting to go there, which still makes me giggle. Anyway, she got us on the right track and we finally found it. 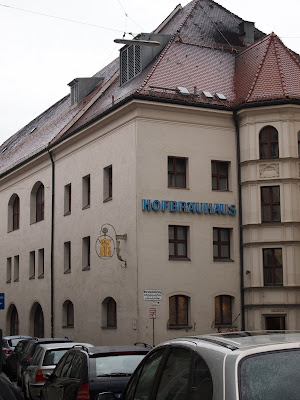 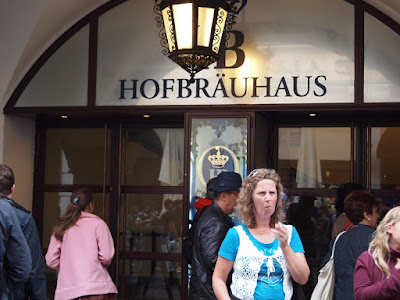 Oh my gosh, it was nuts in there! As we walked through, we heard lots of “Ein Prosit!” (click here to hear what THAT’S like) 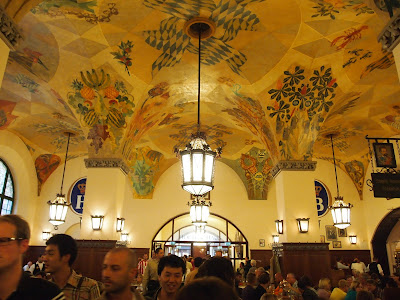 I loved watching the servers carry so many filled beer mugs at once; in fact, they all moved too quickly for me to get a good shot! 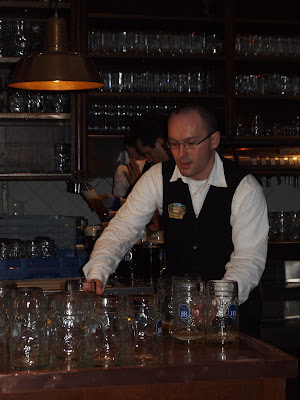 The only table we could find was out in the biergarten, which was fine for us, because even though it was drizzling outside, we had umbrellas. 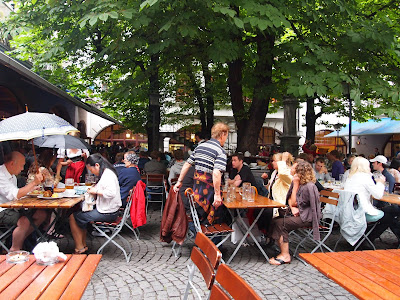 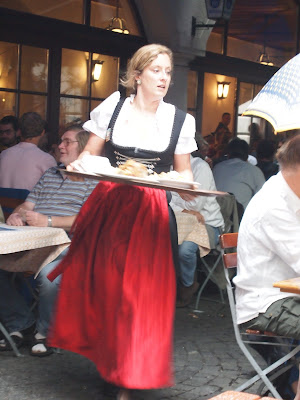 We ordered a basket containing bread and pretzels, and Jim ordered his beer (the boys and I ordered soda). 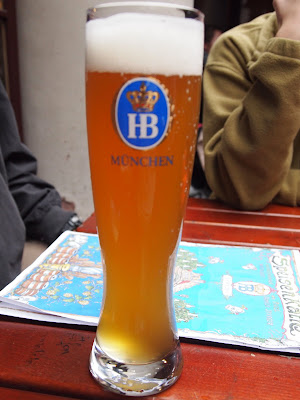 When the beer arrived, it was time to let the older boy try his first beer (well, by drinking some of Jim’s). The drinking age in Germany is sixteen, so he had been (sort of) looking forward to trying it out on our vacation. I was fine with it; the kid is going to college (in ten days: GAH!) and, well, you know the rest. I had a hunch, though, since he’s very much like me in many ways, that he wouldn’t like the beer, so I was looking forward to finding out what he thought.

The sight of him, having been “so excited” to try the beer (before we actually got there), trying to psyche himself up for the task as we sat at the table was hysterical. Deep breaths, lots of sighing…it was very funny. After a few minutes, it turned into a peer pressure situation as Jim told him, “JUST DRINK IT! Come on, man!”

I’ve got some great (funny) pictures which I won’t post here because I’ve lectured the kids on how they shouldn’t put pictures of them doing anything like drinking beer online, ever ever ever, but what I CAN show you is the “after” picture: 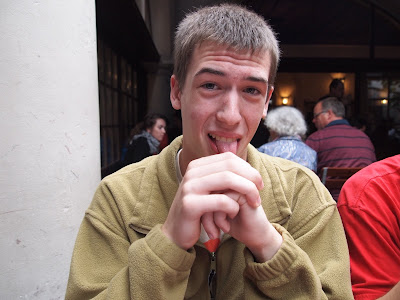 We even offered a taste to the younger boy, but he adamantly refused after watching the spectacle his older brother made. So yay on that! (At least for now!)

As for Jim, he enjoyed a beer here, a beer there…unfortunately with all of the rain we didn’t get to sit around at an outside biergarten with Kat and Holger like we wanted to, but that’s yet another reason to make a return trip, right?

Previous post: Chris Blake Has NOT Been To Germany.