The car we rented in Germany happened to be a BMW. It was very, very expensive: not because it was a BMW but because the insurance we had to carry on it for the week was outrageously priced, but mandatory. (On that topic, I think when we go back someday, we will only rent a car for the days we intend to drive to the Alps. The public transportation system in Munich ROCKS and it’s way cheaper than a car rental!) It would have been a luxury for us to rent a BMW in the States; over there, they were a dime a dozen. (Hello, Bayerische Motoren Werke/BAVARIAN Motor Works? Home court advantage!) It was a great car.

Kat and Holger recommended that we check out the BMW Museum, which is adjacent to BMW Welt (World), near the Olympic Park in Munich. We would have been able to go on a BMW Plant tour, had our visit not taken place in August: it’s vacation month there! 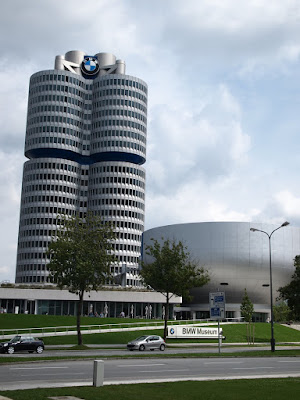 So the Museum it was. Walking around, learning the history of BMW while gazing at cars in every color possible from all different decades was pretty fun. Check these out; they’re my favorites. 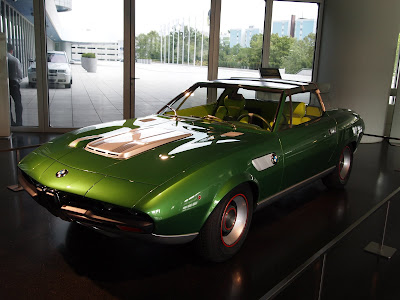 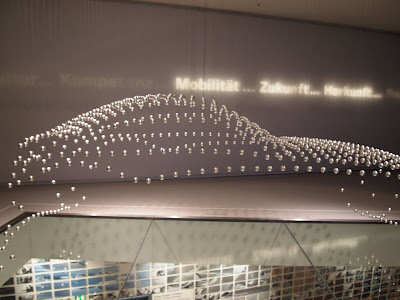 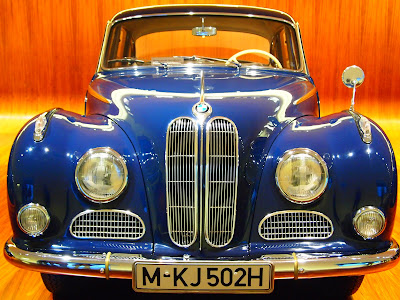 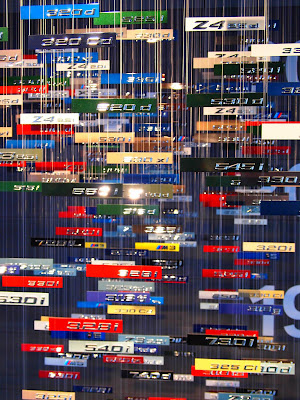 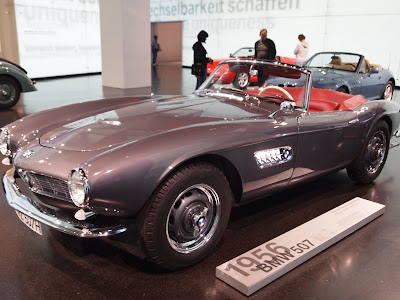 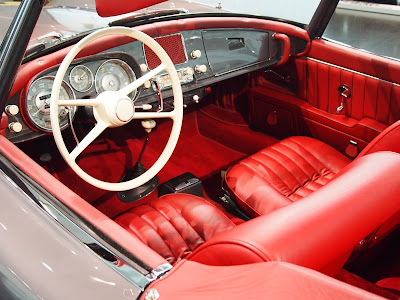 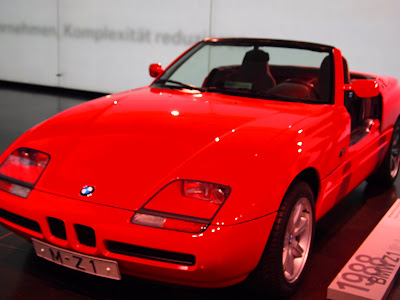 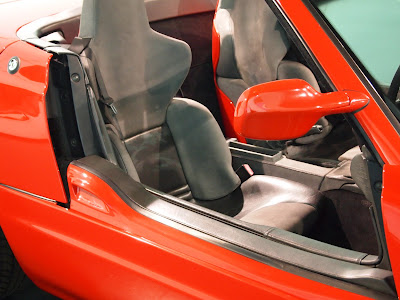 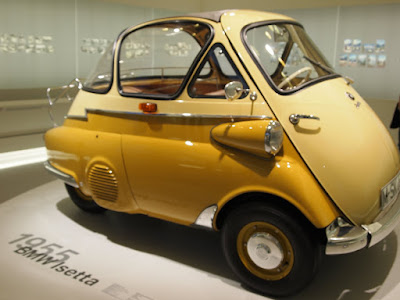 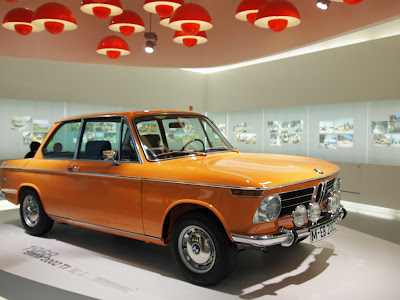 On our final full day in Germany, we sat in Kat’s living room, all of us trying to decide what we could all do together. Some ideas were discussed, and we finally settled on taking a drive to Ingolstadt, to check out the Audi Museum Mobile. It was smaller than the BMW Museum, but no less enjoyable (in fact, everyone preferred this museum over the other one). 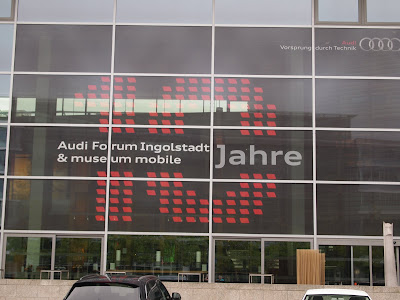 What caught our attention on the way in was this big, vertical, rotating thingie, on which many different Audis (including concepts) were displayed: 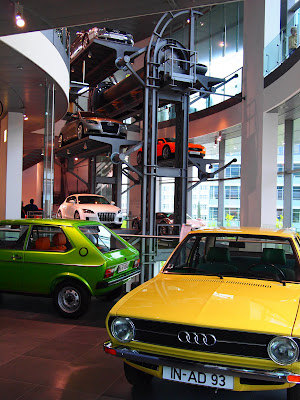 The actual exhibits started on the top floor, so that’s where we went, working our way down. 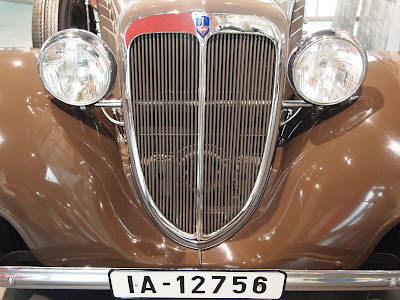 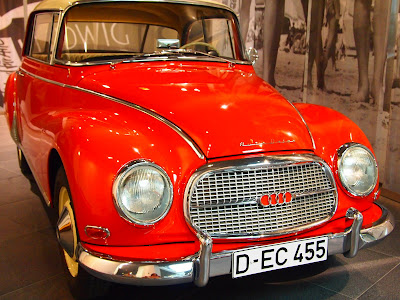 This chrome Audi was pretty fantastic. 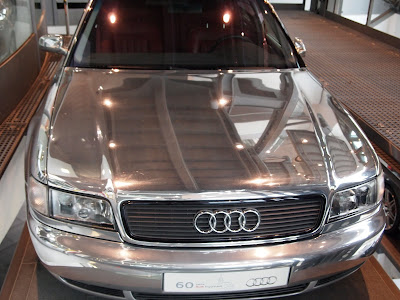 I have another story about the Audi Museum, but it will be shared in a post tomorrow. You’ll understand why when you read it.

After the museum, we headed over to the Altstadt to walk around for a while. When it was time to head back to Munich so we could have our barbecue, the fun continued. We took the Autobahn back, and we raced Kat and Holger, taking turns passing each other. It was a little rainy that day so the speeds weren’t as fast as we had gone on other occasions during the week, (Holger drove the boys home from the theater when we saw “Inception” and hit 220 kph. That’s 136 mph, kids!) but it was still hilarious.

I took a video so you could watch a little of the fun, but I’ll be honest: it’s nearly three minutes long and about two minutes, thirty seconds of it is total crap. Boring. I don’t want to waste your time, so what I suggest is that you watch the first fifteen to twenty seconds (when Kat and Holger pass us) and then fast forward to the last ten or fifteen seconds to get the payoff. Everything in the middle is just us driving, trying to catch them. It’s probably one of those “you had to be there” things, but I love the total silence in the car (because everyone knew I was recording) and then the spontaneous laughter at the very end. Cracks me up everytime!

Next post: So These Four Jews Go To Germany…