We had a very important competition in our house this week, something that was a long time coming: a Salsa-off.

No, not this kind of salsa:

I’m talking about the kind that goes well with tortilla chips.

We over-planted tomatoes this year, and there has been much trash-talking between Jim and the younger boy about who could possibly make the very best salsa with our abundance of tomatoes (and jalapenos, which are also in the garden).

Finally, it happened. Of course I documented it. 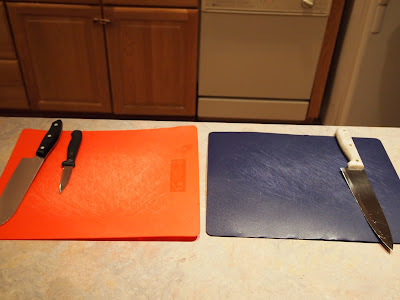 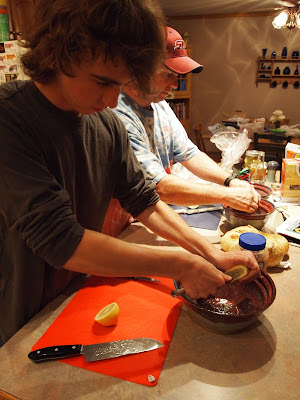 As you can see, the younger boy is already using an unconventional salsa ingredient: lemon. Interesting. His Dad began ridiculing his choice immediately (don’t worry, the younger boy gave it right back to him. They are excellent trash-talkers.) And no, we don’t have a reamer. I really need to buy one. 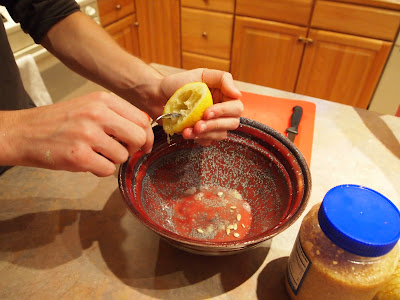 We’re also having a major difference in chopping methods: knife size and cutting strategy are bizarrely on opposite ends of the spectrum. 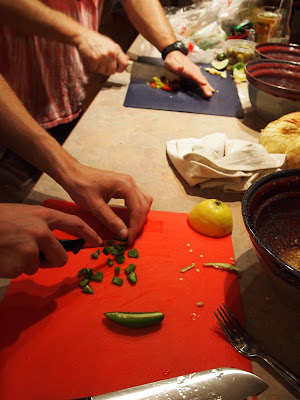 Jim made two bowls of salsa, one for the “general public” (the rest of the family) and one for him, which included habaneros as well as HIS secret ingredient, olives. 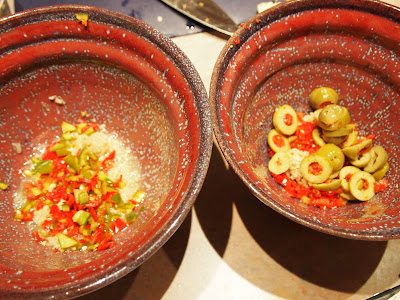 Jim kept his ingredients chunky, so he finished chopping way earlier than the younger boy. The younger boy prefers a finer texture in his salsa. 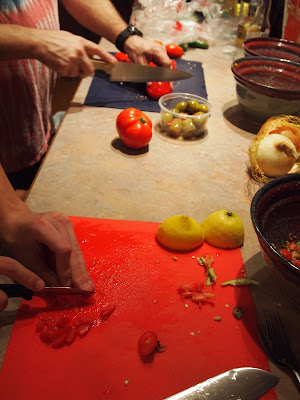 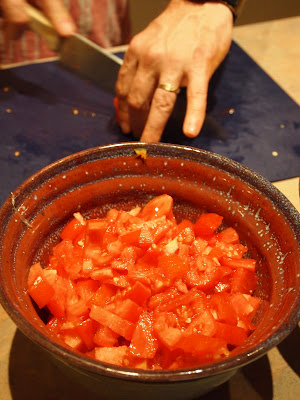 …and not so chunky! 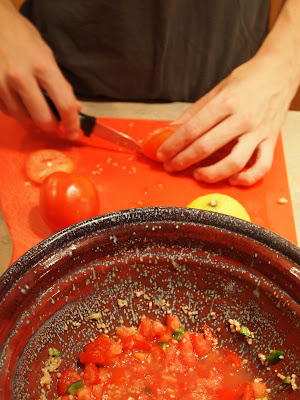 Let’s see how they finished up. Here’s the younger boy’s salsa, with special ingredients lemon and cilantro. 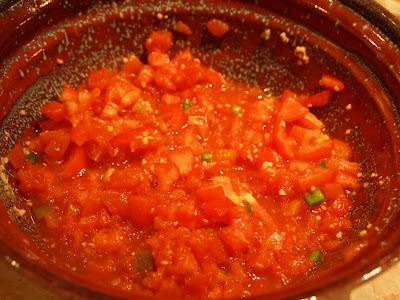 Here’s Jim’s chunky versions, one with olives and habaneros, neither with lemon or cilantro. 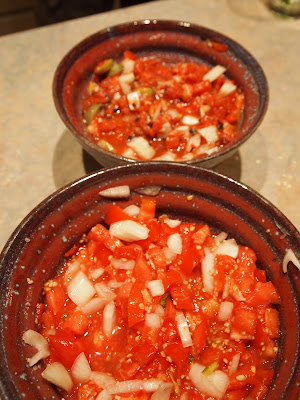 The younger boy is pretty certain he had the winning bowl. 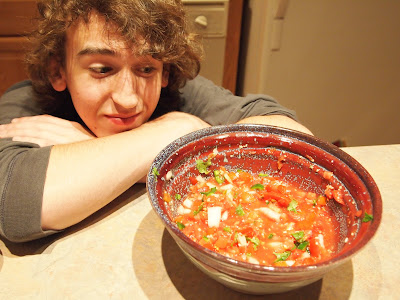 We let the salsas “get happy” in the refrigerator overnight, and the younger boy asked me to judge them the following day. I told him honestly, they both turned out GREAT.

After getting nowhere with me, he called his brother to the kitchen. The older boy doesn’t really enjoy salsa at all, but I told him he had to judge this contest.

He dipped a chip into his brother’s salsa, ate it, and said, “You win.”

The younger boy cheered. “I knew it!!”

I said, “So he wins because his is the first one you tried, and you don’t want to try the other one?”

The younger boy was fine with that, and promptly posted a Facebook status saying that he won. But I know who the real winner is in all of this…

Next post: Couch to 5K Mini Update: The Penultimate Workout