I think it’s probably every orthodontic patient’s dream to get the news that their teeth are “where they need to be” and the braces can come off six months early.

The younger boy got to live that dream. Lucky him!

Much to the chagrin of his brother, who wore his braces longer than the two-year estimate and finally got them removed in September, the younger boy had his hardware removed yesterday morning.

Look how sad he is about it, in this picture I took with my cell phone at the office, since I left my trusty Olympus at home: 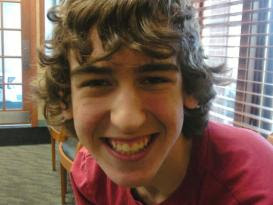 When we returned home to reunite with my Olympus, I took a few pictures of him and his goody bag: 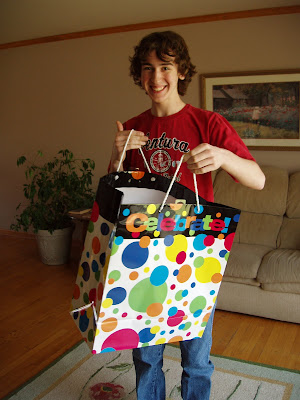 In planning the goodies for the goody bag, I had to laugh because I realized I have one sweet kid and one savory kid. The older boy was all about the sticky, sweet candy when he could eat whatever he wanted again.

The younger boy on the other hand, though he missed Starbursts, really longed for his hard pretzel nuggets and popcorn*, so that’s what he got. Is he more excited about his teeth, or the treats? You be the judge. 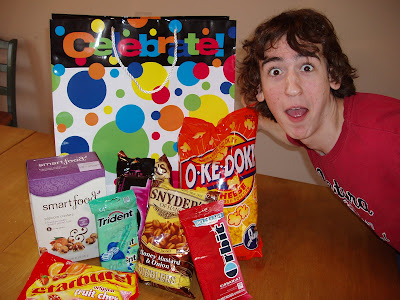 *This is a kid who has no problem turning down cake and other goodies. Lucky.

Previous post: I Want To Be A Roller Derby Girl