The last two evenings in my house have been spent watching* the Season One DVDs of “The Muppet Show”, which Julesie bought for me in honor of the personal celebration I recently had, about which you are no doubt sick of hearing.

Our family, like so many others, loved that show when it was originally broadcast in 1976. We became Superfans of sorts; Julesie’s favorite character was Fozzie Bear (wocka wocka wocka!) and mine was Miss Piggy. 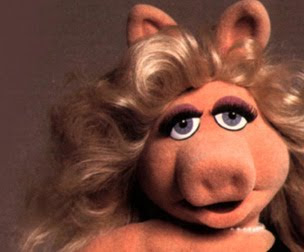 For a couple of years (1979-1982?), she was everywhere you looked, and I was totally obsessed. I collected all things Miss Piggy. I had this glass: 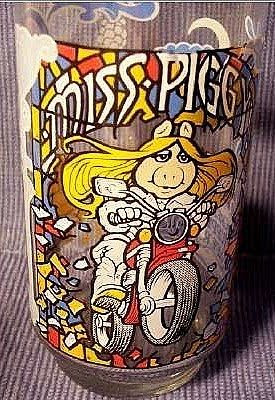 I had this calendar: 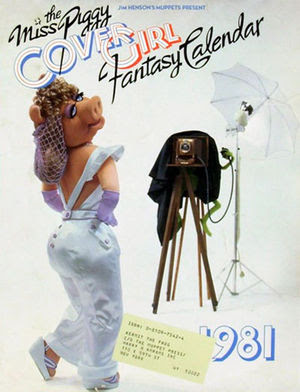 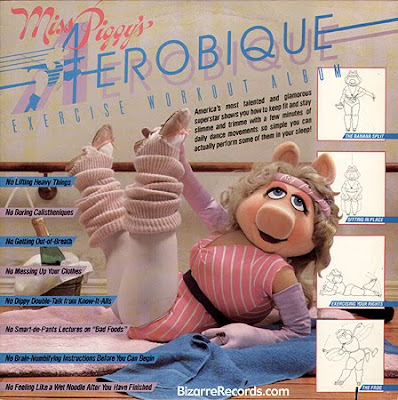 Miss Piggy is a character, alright. I was doing some reflection last night on why I always liked her so much. What it boils down to is, for me as a young teenager, she was a great alter-ego style character. She was/is more forward than I could ever imagine myself. We’re not total opposites though.

Without further ado, here is a list of things Miss Piggy and I have in common:

1. As far as looks are concerned, our early years were definitely awkward.
2. We are both control freaks.
3. We both feel ever so comfortable wearing a tiara.
4. We are both physically strong.
5. We are both stalkers.
6. We can both appreciate food.
7. We both like attention.
8. We can both be sickeningly sweet when we need to be.
9. We both love with passion.
10. We are both enamored with a foreign language (her: French. Me: German)
11. You wouldn’t want to make either of us angry.
12. We are both authors.
13. We both have dogs. (her: Foo Foo. Me: Roxie)
14. We both have the propensity for drama.

*except for an hour-long break during which we watched “The Amazing Race” last night.
**Don’t hate. This time period was in the heyday of Jane Fonda’s Workout, Olivia Newton John’s “Let’s Get Physical”, and the franchising of Jazzercise. Miss Piggy was just jumping on the bandwagon. In its time, this album was hysterical.

Next post: Could You Do Me a Quick Favor? (Please?)

Previous post: Face It, This Isn’t Your Best Face.