I found out from a friend just a couple of days ago that Naperville was the home of a week-long display of flags on Rotary Hill in the middle of downtown. It was called the “Healing Field of Honor”, and it was put on by the Colonial Flag Company in conjunction with local sponsors. The purpose? To honor our military. Flags and yellow tags were “sold” (to raise funds for a local VA hospital), and people wrote all kinds of messages on them.

The 2009 eight-foot flagpoles were set up in incredibly straight rows that completely covered the hill, which is used during other parts of the year as a sled hill, a concert arena, a picnic area, and a place to listen to Naperville’s famous carillon (bell tower), one of only a few in the world. There was one main walkway down the middle of the hill, but visitors were welcome to walk through the rows as well.

I wasn’t expecting to be moved TO TEARS when I arrived, but that I was. It was extremely emotional, to walk amongst this field of flags. I read the yellow tags as I walked down the main aisle, and then I felt compelled to head down the rows, the tags which were set back away from the main aisle, practically beckoning me over for a read.

It was an amazing sight, one that I won’t forget anytime soon. Here are some pictures, straight out of my camera, and a short video I shot so you can have a look at the beautiful flags waving in the wind. 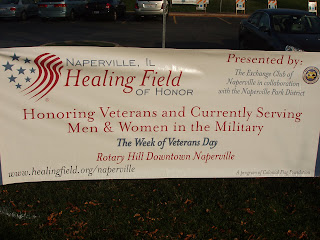 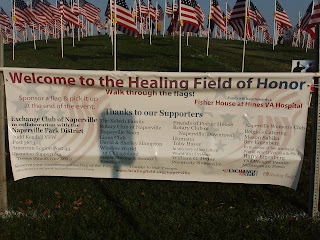 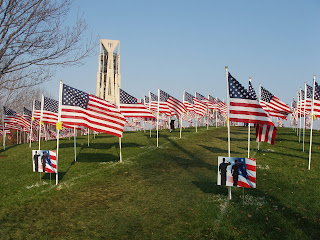 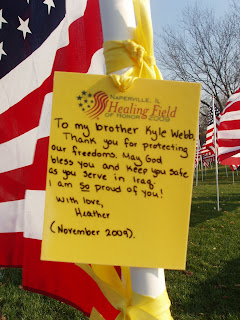 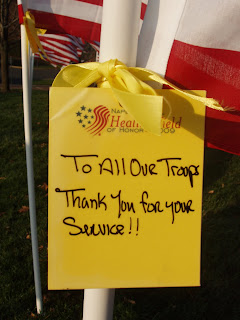 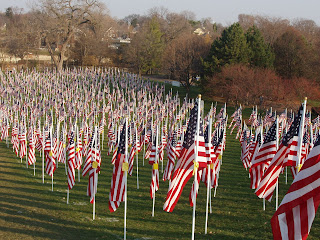 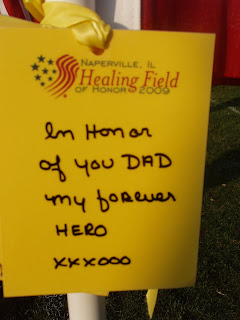 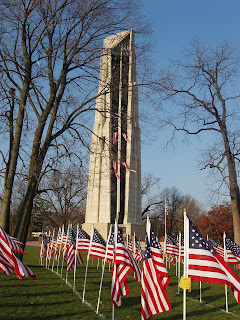 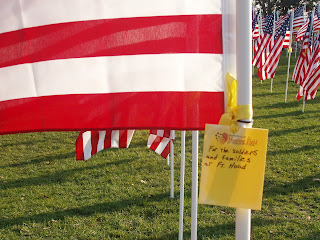 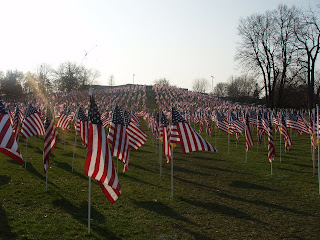 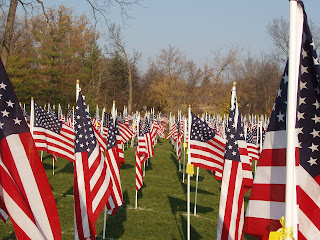 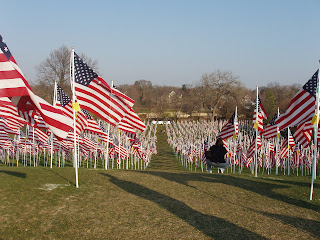 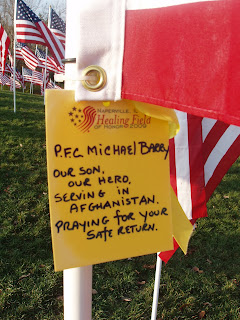 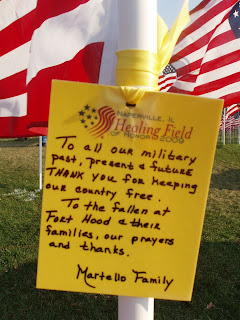