(He) Don’t Need No, No No No Parental Guidance Here*

As children grow, there are certain milestones associated with different ages. Turning ten means you’re out of single digits. Turning twelve means you are likely to be left home with younger siblings as the babysitter. Turning thirteen means that you are officially a teenager (and, if you’re Jewish, you become a Bar or Bat Mitzvah). Turning fourteen means something, I’m sure (can’t think of it). Fifteen is the glorious year during which you can get a driver’s permit. Sixteen is when you can get a driver’s license. Eighteen means you can vote.

But what about seventeen?

No need to wonder; I’ve got your answer right here. About ten days ago, a few days before the older boy turned seventeen, he informed me–out of the blue–that he would be able to see Rated R movies. Like this:

“After Sunday I’ll be able to see Rated R movies, you know.”

He smiled and said, “Oh yes. The R rating means that UNDER 17 requires an accompanying parent or adult guardian.”

I thought about it for a minute. Sadly, he was right. Knowing that teens will do what they’re gonna do (as in saying “Hey Mom! My friend J and I are going to go see ‘Shrek Part 7’!” and then go see any R-rated movie they choose), I said something completely ridiculous but necessary as a parent:

“Well, let’s just say that I hope you will let us know what movies you intend to see and get our blessing before you go.”

What is this, the 50s? Am I that delusional? Apparently.

The answer I got was non-verbal. It was that eye roll I’m so familiar with, along with the added bonus of a head shake.

Fast-forward. There is a movie that comes out in July, one that I am too excited about to describe. I went to the last movie that was made by this person not once, but three times. It was hilarious, and totally wrong on so many levels. I loved it. Jim, by the way, hated it.

When news of this new movie hit, I asked Jim if he would want to go see it, and he said, “Uh, no.”

The other day, we were all sitting in the family room watching tv when the commercial for it came on. The older boy–now seventeen–said, “I SO want to see that.”

The loud noise his chin made when it hit the floor totally made my night. 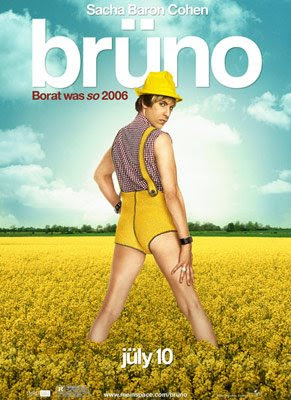 *By the way, yes, I have watched the official trailer on the website and noticed that there are a few things that will probably make us both squirm. I’m hoping that we’ll be laughing so hard by those points in the movie that the tears will cloud our vision. (I can hope, right?)