Dad, Meet Everybody. Everybody, Meet My Dad!

In trying to decide what to post on the Friday before Father’s Day, I hit upon a rare stroke of genius. The posts that I write about my Dad are always pretty popular, not because of the writing but because he is such a character. For as long as I can remember, my Dad has been a big hit with all of my friends. He is hilarious (well, most of the time anyway) with a dash of twisted insanity, like how he used to enjoy making my kids cry when they were babies. But that’s another story. Anyway, I thought to myself, “Hey, Melisa with one S! (because that’s what I call myself when I’m thinking) Why not have Dad guest post on the Friday before Father’s Day?”

I asked my Dad to type out a couple of stories for me, stories that we have heard all our lives and still laugh at, even after thousands of retellings. He was more than happy to do so, and I’m happy to hand the rest of this post over to my Dad. 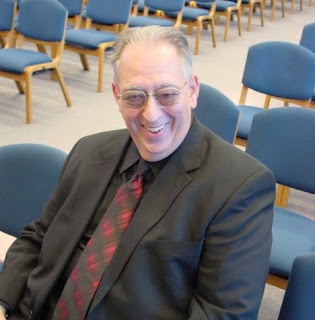 The Best Tuna Fish Sandwich That Ever Was

What’s that you say? There actually was a ‘best’ tuna fish sandwich at one time? Balderdash! Baloney! No way! Can’t be! Well, let me tell the reader a tale of a very junior teenager, who loved his sister, and also took great pleasure in laughing at her expense!

When I was in junior high school and my older sister was in high school, (many, many, years ago), we attended the same school together, traveling on two city buses for well over an hour to get to the religious/lay school every day. For the most part, the ride and time was tedious at best, as we had to get up very early in the morning and come home very late in the afternoon or early evening based on traffic and weather conditions.

As you might expect, the ride was boring and tiresome, especially for me, a teenage brother to an older obnoxious sister. I used to love teasing her and really, really getting her mad, (no, NOT just angry but MAD!) What better time for me to think up things to ‘get to her’ so she’d get so upset with me that good old Mom and Dad would hear about it as soon as we walked in the door at the end of our long bus ride home from school.

The story of the Best Tuna Fish Sandwich There Ever Was, (at least for me at that time in our lives), is as follows: One morning, Sis and I woke up late for some reason, and we had to really move fast to ensure we’d catch the first of our two buses to get to school. Although I can’t recall what Sis said to me or when, as many years have passed, I do recall that I was upset with her and her big mouth. (She always had a way of talking down to me with a know it all attitude along with a ‘big sister way’ of degrading a younger sibling, meaning ME!) (Note from Melisa: I know NOTHING about doing this to a younger sibling. Just sayin’.) I just HAD to get back at her that day, only I didn’t know how, yet I had a really good feeling that something fantastic would happen which would give me ammunition for retaliation!

Now to get to the good stuff! Every night before going to bed either our Mom or sis made lunches for us to take to school the next day. This particular school morning we had tuna fish sandwiches for lunch. Each of our brown bags included the tuna fish sandwich, (heavy on the mayo), that made for an oozing mess to begin with, some potato chips, a banana, and last but not least, one half of a dill pickle, which certainly enhanced the ‘aroma’ of the greasy bottomed lunch bags. Because we were late in getting ready for school, (I say ‘we’ loosely as it was ALWAYS her who caused the delay as she liked to ‘primp’ before leaving the house), it caused us to have to run and run hard to get to the bus stop in time.

As we were running to catch the bus, she was ahead of me screaming things like, Hurry up! Run faster! We’re going to miss the bus! I won’t wait for you! Etc. Well, as you might expect, I was NOT pleased with her and became ‘pissy’ and began yelling back at her with my mean younger brother stuff that I always rehearsed in my mind for just that kind of occasion. And THEN IT HAPPENED! Yes! The feeling I had that something fantastic would happen…DID! That’s when the Best Tuna Fish Sandwich That Ever Was, came into my life! Here’s how it was ‘born’ so to speak:

As we were running for our bus, she unknowingly dropped her lunch bag and it fell off the sidewalk onto the street near the curb. As I was behind her, I saw the miracle take place and wanted take advantage of it at her expense. (Of course!) Anyway, she ran up to the bus stop, the bus approached, pulled close to the curb, and RAN OVER HER LUNCH BAG! I was so darned pleased! Naturally, being the wonderful kid brother that I was, who wanted to get even with her, I stopped and picked up the bag, (after it was properly smooshed by the bus), and ran to catch up with her as she was getting on the bus.

She got on first, yelling to me again to “Hurry up! We’re going to be late! Runnnnnnnnnnnnnnnn!” As you might expect, she didn’t even turn around to see if I was behind her. She just wanted to yell stuff at me. I was in fact two steps behind her and getting on the bus a second or two behind her while clutching the ‘smooshed’ brown bag containing what became to be the Best Tuna Fish Sandwich Ever.

Well, as soon we sat down next to each other I started laughing until I cried. She was dumbfounded, confused, discombobulated, as she didn’t know why I was so overjoyed. I think she was hesitant to ask me why I was laughing but sort of knew better as I wasn’t (and still not) a ‘morning person’. After I got over my first burst of hysteria, I presented a very stained, greasy, stinky, brown bag to her. Naturally, I made sure I was loud so everyone on the crowded bus could hear and see me and look at her as she looked at what was her lunch. (Now, as a reminder, tuna fish, which stinks by itself, smooshed with a dill pickle, banana, greasy potato chips, and last but certainly not least, the very stained brown bag holding the ‘goodies’!) It really smelled! BADLY! And the concoction of odors emanating from it began to stink up the entire bus.

As I was laughing with tears in my eyes, she looked at what was her lunch with a look of total disbelief and amazement, I become even more hysterical and everyone around us began to stare, mostly at her! YESSSSSSSSSSSS! She was embarrassed! The more embarrassed she became, the more I laughed, the more the other passengers looked. Ha ha ha! I could have sworn most of them were sniffing the air trying to figure out what that exotic mixture of odors was.

After quite a while, I managed to calm down and while her head was in a book, (probably hiding and not reading); I began to think that I was truly blessed that day. I was able to get some sister payback without doing anything to get into trouble for! I rationalized this over and over again in my mind by reviewing what happened. It was her that dropped her sandwich. It was her that got me angry about the yelling and screaming at me like I was kid. It was her ‘air’ of older sister superiority that got to me. I, on the other hand, didn’t do a darned thing wrong. Did I not rescue her bagged lunch from the street after the bus ran over it? Did I make her drop it the first place? Did I proudly present her rescued lunch to her in way that showed the other passengers how good of a kid brother I really was? Yes, I was completely happy and content all at once. What a payback! All of that and I wasn’t going to get into trouble! How could things ever get better! I was in total awe of what happened. Was it just fate? Or…. was it a reward for having to put up with being a kid brother to smug older sister? I always wanted to think that it was a reward to me for the enjoyment of giving her the Best Tuna Fish Sandwich That Ever Was! Just think about it. That smooshed, leaky, greasy, sandwich, roughly ‘blended’ with other things in a very stained smelly, and smooshed brown bag was to be her lunch! And THAT is why I still believe that it was The Best Tuna Fish Sandwich That Ever Was! I still chuckle when I think of it!

Happy Father’s Day to my Dad (love you!), to Jim (love you!), and to all of you other Dads out there (what the heck: I love you too. But not like that.). Enjoy your weekend!

Previous post: No Need To Be Impressed. YOU Can Make Them, Too!