What Ever Happened To That (Dancing) Guy?

I was cleaning out a closet over the weekend and found an envelope full of old photos of my high school friends. The pictures gave me a good laugh. Many of them featured one of my favorite people: that guy in the group who loved to make everyone laugh with his crazy antics. (Unfortunately, his antics sometimes went a little too far over the line…) 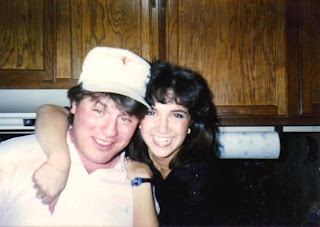 I don’t want him to google himself and find that I’m telling all of his old secrets, and frankly I’d be nervous if he were to contact me because I don’t know what ever really became of him; for that reason, I’ll refer to him as Luke. He was a crazy one, that Luke. Back in high school, he was the master at playing hooky. Once he convinced his parents that he was really sick and had to stay home and in bed, but he actually “borrowed” his best friend Cameron’s dad’s red Ferrari and spent a madcap day in the city with Cam and his then-girlfriend. He ended up getting caught and had to serve a Saturday detention with four others. They wiled away the hours by arguing, reflecting, running through the halls…and I think there was even some pot-induced dancing. I heard that they were all seemingly very different in character and interests on the outside but they somehow realized during the course of the day that they each possessed certain traits of all the others.

Luke’s mom fell upon some hard times and they had to move to a small town for senior year. It really bummed me out. Him too: nobody in that town was even allowed to dance! Can you imagine??? They were totally upset over a fatal car accident that happened years before, after drinking and dancing had taken place. Anyway, Luke, after immersing himself in the community, gave a passionate speech at a city council meeting during which he read from Ecclesiastes, pounding his fist on the podium, exclaiming that there is indeed a time to dance! This speech finally made the town pastor, who was the very person who convinced the town that dancing (as well as books like “Slaughterhouse Five”) should be outlawed, reconsider his beliefs. Luke had to teach his new best buddy how to dance, and let’s just say it was not a pretty sight. Finally, they resorted to an activity they were both good at: 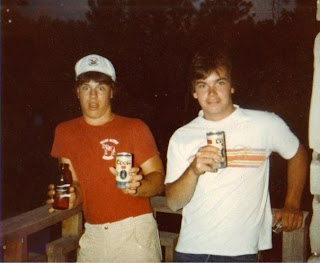 Later that week after a massive Senior Class clean-up of a warehouse just over the city border, Luke, his rhythm-challenged best buddy, and their girlfriends (one of whom looked eerily like Sarah Jessica Parker), danced their troubles away at the town’s first prom in years. Here are the guys at the after-party: 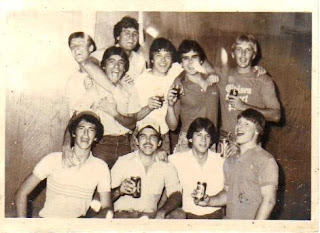 Unfortunately, it went a little downhill from there. I heard that Luke, not wanting to rely on his mom to pay for his college education, took his mad dance skillz to college, where he worked as a welder by day and an exotic dancer by night. He worked–he DANCED–at the Cat Scratch Club. He allegedly got into some other trouble that I won’t detail here, but was saved in the end by love. It only took about 525,600 minutes.

After college, Luke and a few of his buddies went on a roadtrip–I heard something about they wanted to have a last-hurrah before the draft–and they went to “dig up Dom”. Weird: I don’t think they knew there hadn’t been a draft in years. I think he ended up in Mexico or something.

After that, I lost track of Luke. Sad. Things were looking up for him; I only hope he kept himself on the straight-and-narrow. I hope he’s got a family. I hope he’s still dancing. Hey, maybe he’s even got a blog?

P.S. Nukedad: You’ve just been Blunked! (and yes, I just *made up* that word and it was accepted at Urban Dictionary! Do me a favor: go to my definition of “blunked” and give it a thumbs up, would ya? okthxbai)

P.S.S. The above story was completely false (Especially the part about my cleaning out my closet: are you kidding me? That’s not a one-day job), and borrowed from the following movies: “Ferris Bueller’s Day Off”, “The Breakfast Club”, “Footloose”, “Flashdance”, “Rent” and “Fandango”.

P.S.S.S. A couple of other bloggers are participating in today’s Blunking of Nukedad, which was all his sister’s idea. (Thanks for the photos, NukeSis!) Go here and here and here to check them out!

Next post: Ohhhh…I Thought I Was Posting in the SUBurban Dictionary.

Previous post: Here’s a "Story" About A Man and a Full House…