Imagine…Being in a QUIET Oasis in the Middle of NYC!

A must-visit for anybody heading to NYC is Central Park. Besides the fact that it costs NOTHING/NADA/ZERO to go there, it is an amazingly peaceful oasis right there in the middle of one of the busiest cities anywhere.

Before heading inside the park’s borders and in keeping with our (sort of) theme of music history, we headed over to the Dakota building on the west side of Central Park, which is where John Lennon lived with his wife (Yoko Ono, who still has an apartment there), and where he was killed by Mark David Chapman in 1980. 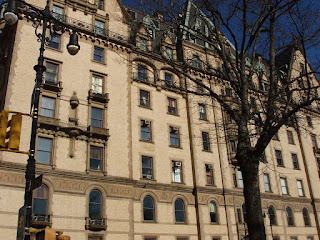 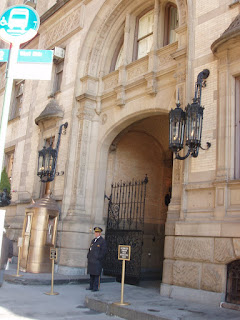 This subway sign/stop is at the Dakota; I found it to be quite beautiful. 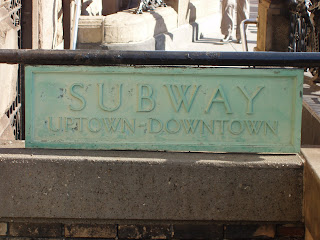 After stopping at the Dakota, we crossed the street to enter Central Park and entered Strawberry Fields, which is the area of Central Park that was landscaped in honor of John Lennon, with financial help from his widow Yoko Ono. It is such a beautiful, peaceful place. 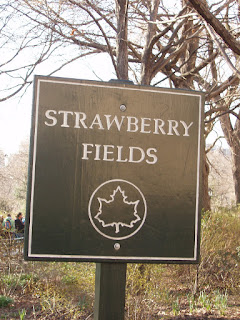 The only reference to Lennon in Strawberry Fields is the black and white mosaic that has the word “Imagine” in the middle of it. 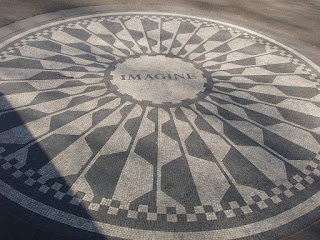 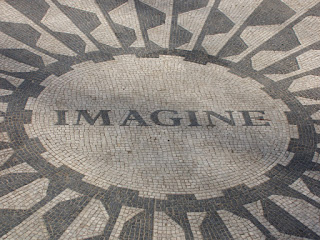 Nearby there is a plaque that lists more than 100 countries which endorse Strawberry Fields as a “garden of peace”. 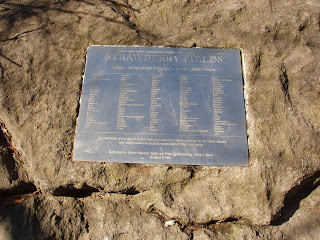 We saw *almost* everything on the south end of the Park. I have way too many photos to post, but I chose a couple of my favorites. This is the Angel of the Waters Fountain. 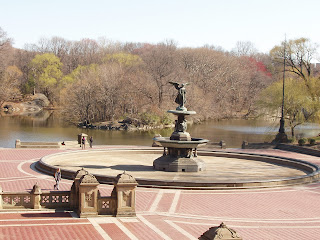 Here’s a halfway decent photo of Jim and me as we made our way through The Mall and the Literary Walk. 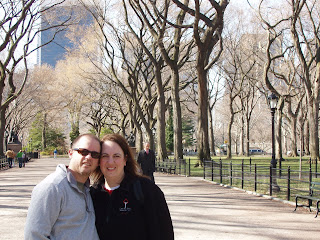 One of my most favorite photo-taking opportunities on the whole trip was when we walked over to the Chess and Checkers House. Don’t know what it is? It’s just like it sounds. It’s a house that has a chess/checkers tables situated all the way around it. 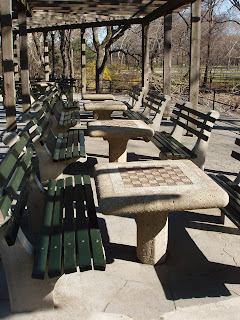 The house wasn’t open for game piece rental because it was still pretty early in the day, but the boys decided to play with imaginary pieces. See them? 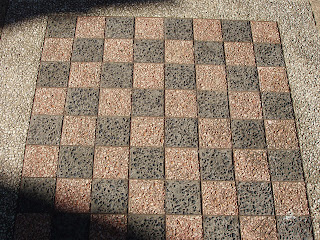 I’ll just let you look at the photos on your own without my descriptions, to see how the game went. 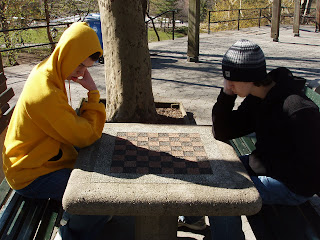 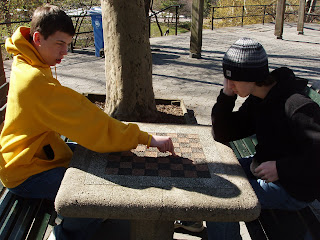 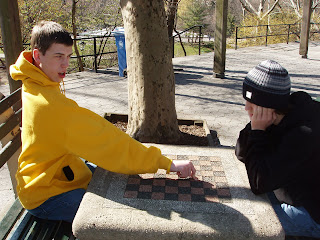 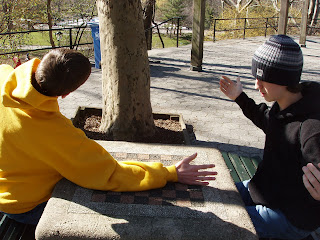 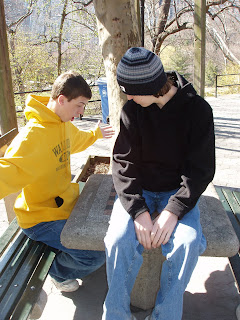 Moving on, Central Park was full of the horse and carriages you always hear about. It was so dang pretty! 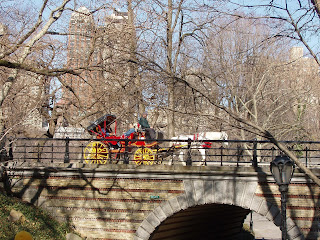 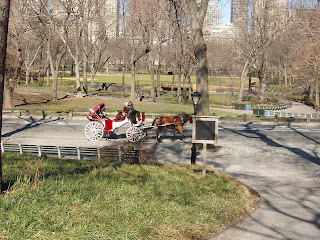 We stopped by Wollman Rink, which is now run by The Donald. Need proof? Click on the photo to enlarge, and look at the sides. His name is, of course, all over it. 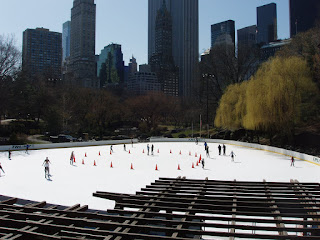 It’s even on the Zamboni. See? 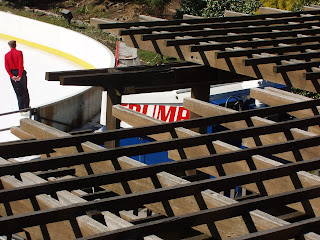 Wow. I was just blown away by Central Park. Someday (soon?) I hope to see the rest of it! 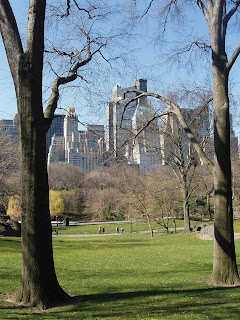