Jim’s birthday on Friday was one for the books. Poor guy had to spend the morning home, waiting for a tow truck (I happen to know lots about that, having had my car towed 4 times between late September and November…) because his truck sprung a fuel line leak.

The -50 degree windchill didn’t help matters. But at least he got to wait for the tow at home, while I taught class and took the boys, who were off from school, on a birthday errand.

In the evening, we went to dinner at Lou Malnati’s for Chicago deep dish pizza. YUM-O. Although the downtown area of our particular suburb has very little street parking on a Friday night (no sign of a recession here on the weekend, it seems…), the brisk–and I DO mean brisk–walk from the parking garage to the restaurant two blocks away was worth it, even though the wind took our breath away and froze our faces. (All the while, the voice of our local meteorologist rang in my head, reminding me that in this kind of weather, frostbite can start setting in within a minute…) It was unbelievably cold, and we did not enjoy the walk at all. No wonder hardly any life could be seen out on the sidewalks of our town. But eventually we got to Lou’s.

The boys even continued to uphold the pact they made with me that they would do their best to get along like little princes for their Dad’s birthday. Just look at them, all gettin’ along and stuff: 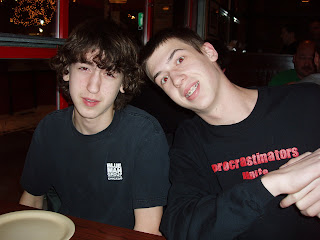 Yummmmy, pizza! By now we were all toasty warm, and the pizza was heavenly. 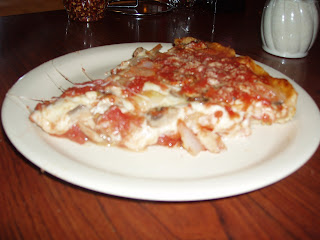 But that warm feeling didn’t last all evening, for we had to leave the restaurant to hustle back to our car. Oh yeah, I nearly forgot to tell you. When Jim was asked what he wanted for his birthday dessert, he did not name our traditional birthday dessert, rainbow cake. He doesn’t much like it. (He’ll EAT it, but it’s not his fave) Usually he chooses cherry pie, but this year he didn’t. Instead, he went with a choice you can all understand (and by “understand”, I mean “be concerned for his sanity”), considering the extreme cold we’ve been experiencing:

That’s right. Ice cream cake. We were the only family in the Chicago suburbs keeping Coldstone Creamery in business that evening, I imagine. We hustled all the way back to the garage as quick as our frozen get-away sticks would carry us, not even having time to enjoy how lovely our town looks, all lit up: 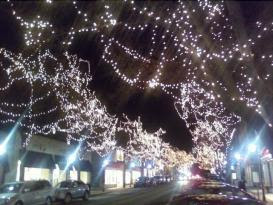 Look how excited the older boy is, to have carried the ice cream cake from Coldstone (1 block down from Lou’s) to the parking garage: 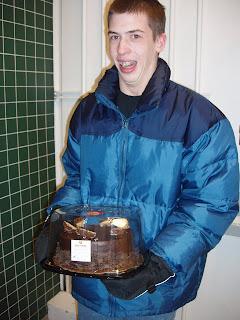 But you know what? It was a great choice, once we got home, all put on our jammies, and settled down under blankets on the couch. Delicious.

On Saturday night, Julesie came over with some gifts for Jim as well as a dessert she made especially for his birthday (YUM-O again!).

Knowing that he doesn’t really prefer our rainbow cake, she made him a Rainbow Pie. It was not to be believed. She got the recipe out of a book she bought in Key West in October. It has a graham cracker crust and four citrus-y frozen layers. Feast your eyes on THIS: 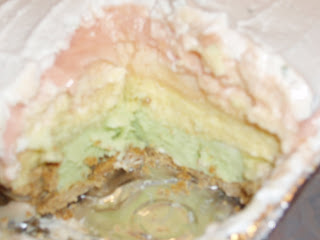 Words can’t describe. Can I also impress you with the fact that it took my sister (because of having to freeze the layers separately) some ridiculous amount of time to create this dessert, like 8-9 hours or something? Yikes. It is one of the best desserts I’ve ever had. (and yes, that’s FRESH whipped cream on top…and we’re back on salad, starting tomorrow!)

By the way, speaking of all this frozen goodness, Katie is positively roasting in Australia right now. (It’s summer there, you know.) She has been asking–nay, begging–me to post some wintery photos. So, here you go! 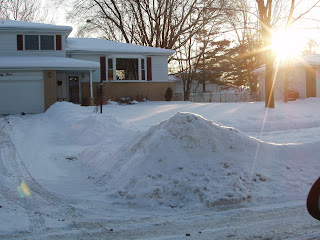 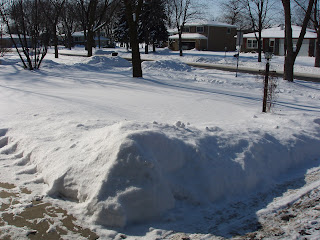 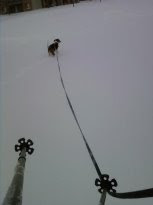 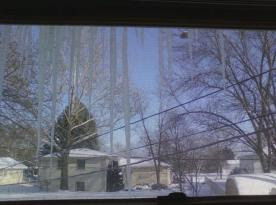 Previous post: Happy Birthday to My Very Own Captain Awesome