Finally, Another "Oppressed Minority" Has Representation!

That’s right, that’s right…it’s been a long time coming, but

Jewish dogs are finally having their day!

In other words, someone has thrown them a bone.

Who to thank for this? None other than Isaac Mizrahi. 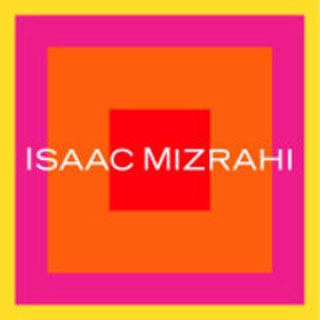 I was walking through my local Tar-zshay yesterday as if it were a Christmas-themed obstacle course. Red and green stuff was everywhere*. I had to pass the pet section to get to the frozen foods area and was single-minded in my errand, when suddenly, lo and behold, I saw something…different.

Much to my surprise, after years of having few choices when it came to Roxie’s Hanukkah (and Bijoux before her), Target has allowed Isaac Mizrahi to provide them with a line of Hanukkah dog items. 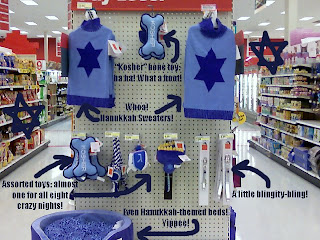 You won’t be surprised at all to read that I was *all* over this. I picked up a menorah squeaky toy, which she will no doubt rip to shreds in minutes (Meaning it will suffer the same fate as Bobo), and a sparkly-silver Hanukkah collar.

The toy will be a surprise which she won’t get to completely destroy until Hanukkah begins in late December. The collar, well, that’s to get her in the holiday spirit. 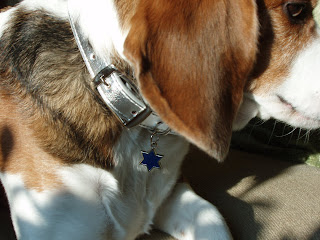 I woke her from an afternoon nap to do this photo shoot; that’s probably why she’s not looking so celebratory. 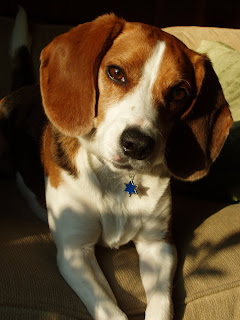 They can’t all be gems. But isn’t it cute? If I had a 16-inch waist, I would have bought one for myself, to use as a belt.

Thanks, Mr. Mizrahi, on behalf of Jewish dogs (and their owners) everywhere!!!

*To my non-Jewish readers (I think that covers about 99% of you): Please don’t take my Christmas-y complaining personally. I have absolutely nothing against the holiday itself, non-Jews, or Freedom of Religion. I’m not even against Christmas music or shopping in stores where you can see mostly two colors–red and green–for two full months (and, by the way, that’s most stores). It’s just that, at this time of year, it’s hard out here for a pimp Jew.