Roxie May Let Him Have One of Her Milkbones, Since It’s His Day. 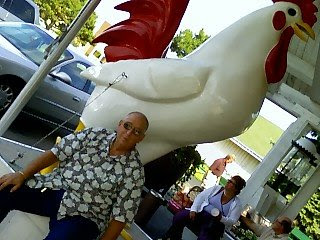 So, my Dad having a birthday on Yom Kippur isn’t the most fun kind of celebration, but luckily this doesn’t happen very often, the Gregorian Calendar Birthday colliding with the Hebrew Calendar Yom Kippur. I’m sure once sundown hits, Dad will make the most of the birthday…and if he doesn’t, that’s okay: the four of us are headed down to Tennessee early tomorrow morning so we’ll have a late celebration with him, in person.

What follows this next photo is my Dad’s birthday post from my other blog, from last year (again, since back then Kat and Katie were my only readers); the sentiments remain the same, always. Happy Birthday, Dad: we love you! 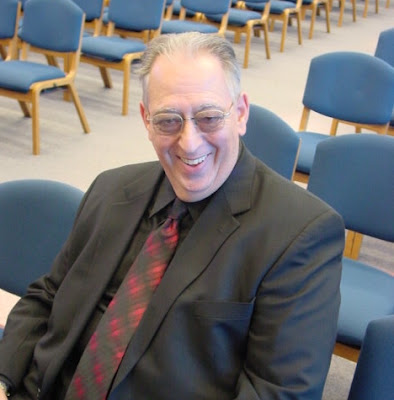 It’s our Dad’s birthday today! (which you would already know if you read the title of this post, but I thought I’d state it again.)

Dad is recovering from a hip replacement currently, and he is doing GREAT. He did a lap around the hospital floor he was on, on the afternoon he had the surgery done and he’s been going going going ever since! I called him the day after surgery (Friday) and asked how he was doing; he said, “Great! I was just running around the hallways.”

It’s that kind of hilarity that Julie and I (and the rest of the family) expect from Dad, and he rarely disappoints.

Obviously, Dad being my Dad, I have countless memories that I could share on this blog today. Unfortunately, the one that keeps popping itself up as the one I have to share first is how he ate Milk Bones in front of my friends when I was a teenager, to be “funny”. I guess I don’t have to add any detail to that…just let your mind do the rest. I was obviously horrified. But that’s how he rolls. If you want the serious, pick another guy. If you want the Funny, choose my Dad.

Dad likes to be unpredictable, too. When I got a speeding ticket only months after getting my driver’s license, I pulled Mom aside in the kitchen and told her about it. She was furious, and said the words that made me shudder: “YOU’RE going to have to tell your father.” I went to bed, planning how I would tell him the next day in such a way that I would not be grounded from driving, but couldn’t sleep because of the guilt. I got out of bed and went to where he was watching some tv show and slowly spit out my story, waiting for the hammer to come down.

I was so excited! Of course, his unpredictability went the other way, too: when I expected that something wouldn’t be a big deal, well…it’s his birthday. I don’t have to give an example of that!

Another memory that stands out about my Dad is that, because of him, I still, at almost 39 years old, can call up in my memory the taste of dry washcloth in my mouth from the times when I had a really loose tooth that was hanging by a thread and he said, “Get me a washcloth. I’ll pull it out.” 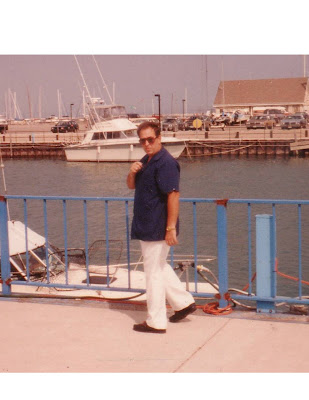 Dad has managed hotels for years and Julie and I have benefitted greatly. When I was in fifth grade, I had my birthday party at the pool of the Holiday Inn Mart Plaza in Chicago.

In 6th grade, we lived (for the first part of the school year) at the Holiday Inn in Hurst, Texas.

We moved to Knoxville, Tennessee just before 8th grade and we lived at the Holiday Inn only about a mile from the site of the 1982 World’s Fair. I had a cheeseburger from the restaurant almost every night for dinner, and we routinely went downstairs to bring sundaes up to our rooms for dessert. My friends loved being invited for sleepovers. But best of all, Julie and I knew what day of the week the video game guy would come to take the quarters out of the arcade machines. The hotel arcade was awesome; it had Pac Man, Centipede, Defender, Donkey Kong, and Burger Time. We would station ourselves in the arcade on that great day each week and wait for him, and he, probably “thrilled” to have groupies, set us up with tons of game credits before he left. Thanks Dad: because of you being a hotel manager and maintaing a game room, Julie and I had “Mad Skills” with the video games!

Julie and I were also exposed to lots of experiences that many kids weren’t, besides having free reign over a hotel. We, being suburban children, took regular excursions to the city when Dad worked at the Ascot Hotel on Michigan Avenue and then the Holiday Inn Mart Plaza. We saw the museums, the parks, Buckingham Fountain, and more. We saw shows (the first one I remember is “Bubbling Brown Sugar”, which we bought the soundtrack for. I can still hear it!) every now and then. Dad, along with Mom, also made it possible for me to participate in a CISV student interchange, in which we had a German visitor (Tina) stay with us for a month during the World’s Fair, and then I stayed with her in Darmstadt Germany for a month the following year.

Although Dad has always been a television fan, sometimes our tastes don’t see eye to eye. For example, wrestling. Ick. He used to watch that ALL of the time. I did, however, enjoy joining him in the family room when Roller Derby was on; that was always a good time. We also enjoyed shows like “All in the Family”, “Emergency!”, “Adam 12”, and later, “Cheers” and “The Cosby Show”.

As far as movies go, well, he’ll watch almost anything. I do remember Julie and I getting into major trouble for watching “Mommie Dearest” one too many times. As an adult, I now understand why you wouldn’t necessarily want your young daughters laughing and imitating the “NO MORE WIRE HANGERS” scene over and over again so I guess I should thank Dad for yelling at us…

Seriously though, that reminds me of the most important thing I think my Dad has taught me, and that is how to be a good parent. Mom and Dad had the bar set pretty high for us and we didn’t always come through, but when we tried our best we knew they were proud of us because they told us so. Our parents still tell us they’re proud of us, which is something that not too many thirty-somethings can say.

I see myself doing and saying many of the same things I was brought up with, and I know that it’s working because the boys are growing up to be fabulous young adults. We eat dinner together 99% of the time, we spend time doing “family” activities, Jim and I try to be very involved with the boys’ extra-curriculars, just as Mom and Dad always were with mine and Julie’s…Although Dad and Mom don’t live here, their values are helping to raise our family the right way, and that is something you can’t put a price on. 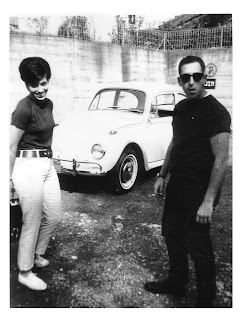 So, in closing, I just want to say: Have a Happy Birthday, Dad! Don’t get crazy and take a jog around the block or anything; watch some wrestling (ick) and enjoy yourself! We love you!

Next post: Leaving These Parts For More Hilly Terrain