Out of Left Field

I promise, I promise, this is the last “random list” post for a while; I just feel the need to put a post out there but have been busier than a…

…one legged woman in an a$$ kicking contest.

…long-tailed cat in a room full of rocking chairs.

…one-toothed man in a corn on the cob eatin’ contest.

I have more, but in my Google searching to find adorable “busier than…” sayings I discovered that many of them are dirty (nothing wrong with that, just not my kind of posting-for-the-public material) and many of them are about cats, and although I am not a cat person, I think I only need one “busier than a cat *insert joke here*”. By the way, why do the subjects in all the “busier than…” quotes have some kind of disability? Anyway, here we go.

*Today is apparently my one-year blogoversary. Read my first exciting, mindblowing, edge-of-your-seat post here. And then go have one of these in my honor. (BTW, it’s funny that some things haven’t changed; the second-to-last sentence in my first post? “I’m a busy girl.” If I knew then what I know now…)

*Having to be buried in research and working on a magazine article on menopause the week before my 40th birthday is, though I’m happy for the writing opportunity and enjoy the challenge, sort of depressing. Thank goodness I’ll be done with it by the end of the day on Saturday! With about fifteen blog post starters saved to “Drafts” and five books in my head waiting not-so-patiently to be written (not to mention a house waiting to be cleaned and fabulous meals waiting to be cooked), I have to keep reminding myself that it’s the magazine article skillz that pay the billz, and that my life-long dream was to be a magazine writer and a book author, and I am now both, so “Shut My Complaining Mouth.”

*Chicago now holds the dubious distinction of being the “Murder Capital of the US”, spotlighted especially today and over the weekend with the murders of Jennifer Hudson’s mom, brother, and nephew. I can’t imagine the pain that the Hudson Family or any of the families of the 426 other murders from this past year are going through. I hope that Chicago can get it together. This city is way better than that.

*I caught a few minutes of the 1978 movie “Attack of the Killer Tomatoes” on tv last night. I actually paid to see it back in 1985. And yes, kids, this is a real movie:

*I’m off on Mondays in November. Yippee! Can you say “4-day weekend”?

*I don’t like the idea of Early Voting (THIS early). If they are worried that people aren’t going to vote because of the crowds, why not have two or three consecutive days of voting on 11/3, 11/4, & 11/5 and be done with it? Or, just have a 24-hour open voting day on 11/4? Can anyone explain why this is happening? I get the Absentee Voting, but Early Voting: I’m at a loss.

*Jim & I bought Halloween candy (alot of it) and, when the kids weren’t home, put it all in a huge tin that has been sitting on top of the refrigerator for a couple of months now. They have no idea this tin is now full of candy. Unfortunately, Jim and I do.

*I have seen a few really good, thoughtful posts lately by moms who have blogged for a couple of years and are now concerned that, as their kids get older, they are sharing too much. I feel for them: must be difficult to have to pull back on that a bit. I’m glad that I started blogging when my kids were already teens and have had some personal rules about what I share since the beginning of this blog, which you’ll remember (if you did not skim this post) was one year ago today!

*Just caught my much younger Australian sis Katie on Facebook and we had a quick chat. Fun times! 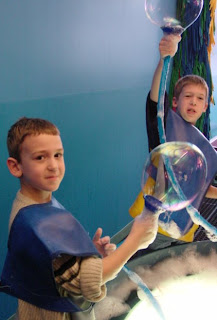 *Have a great day!