Savage Garden Was Right On. Or Something Like That.

Anytime I need to see your face
I just close my eyes
And I am taken to a place where your crystal mind and
Magenta feelings take up shelter in the base of my spine
Sweet like a chicka cherry cola
(Savage Garden, “I Want You”)

A couple of weeks ago we went on a very exciting roadtrip. It was the “last hurrah” before school started on Monday and we wanted to do something fun. Last month we were trying to figure out just what that “something fun” would be, when I discovered this exciting news on the Sprecher Brewery website: 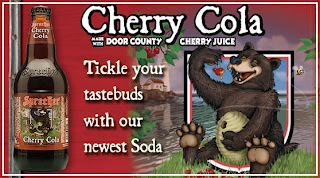 Seriously? They are now producing Cherry Cola? My favorite flavor? We were SO THERE. And so was my sister. It would be a Fab Five Field Trip.

Jim grabbed his GPS, making sure that the settings were correct in order to avoid the same fiasco that happened to me the last time I headed up to Sprecher, and we were off.

The thirteen-year-old rode with Julesie (we would part ways after visiting the brewery because she had someplace else to stop before going home) and the sixteen-year-old asked if he could drive the three of us. He needs more highway experience so we were fine with it. Well, we had a minor fiasco involving him freaking out a bit and we ended up going through the former Hillside Strangler area instead of getting off one highway and onto another, causing us to have to go through a big, 25-minute ordeal of going way out of our way just to get back on our way.

But, bygones. We got there.

We’ve done the brewery tour a couple of times and it’s fun. The longest amount of time is spent in this area where you learn about the simple recipe Sprecher uses to make its beers. 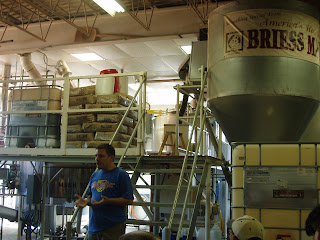 They actually follow the old German beer laws of Reinheitsgebot, which is a purity order stating that beer can only be made from hops, barley, and water. This mural is on the wall in the main part of the brewery; the owner had it painted there to remind him of the high-quality German beer that inspired him to start the company. 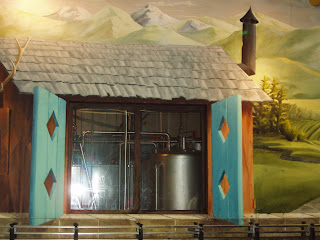 Okay, enough about how they make their beer. After the informative tour, you go into a beergarden tasting area that makes you (okay, me) wish you were in Germany. 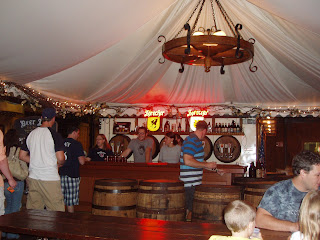 The adults get a tasting glass and four beer taste tickets to trade in on any flavors of their choice. I, not being a beer drinker myself, always give two of mine to Jim and two to Julesie. (They don’t necessarily use them; really, it’s more like an “in case of emergency” kind of beer taste ticket situation.) 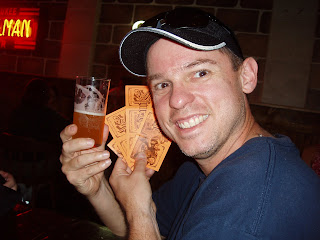 The under-21 visitors (and those of us old ones who don’t drink beer) get to taste as much of their gourmet sodas they want. It’s soda heaven. 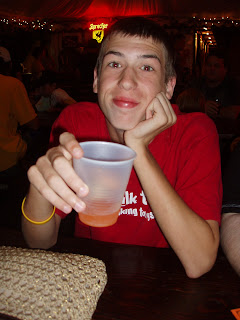 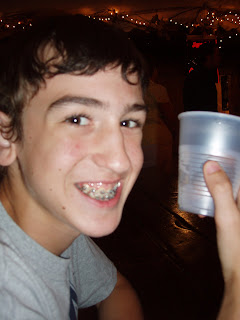 Don’t be fooled; one of the glasses has soda in it. It’s mine. 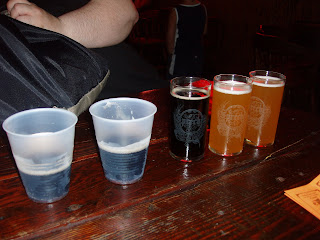 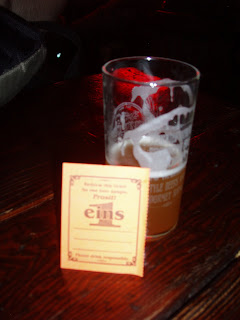 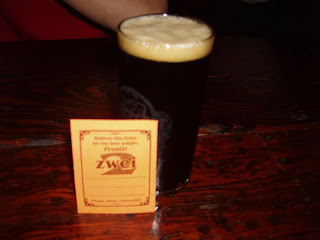 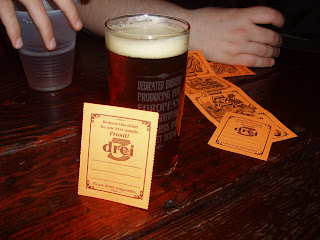 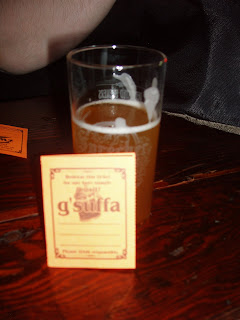 After tasting beer and soda for a while, we visited the store and loaded up with a couple of cases of our favorites before heading home. (EDITED: We also picked up the Mamma Mia’s Pizza Beer, which we used in the pizza dough last weekend!) All in all, as usual with the Fab Five activities, it was a fun day at the Brewery. And Julesie got this lovely photo of Jim and me, which was an added bonus. 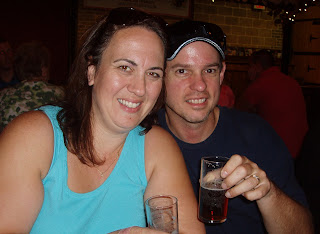 By the way, the Cherry Cola was AMAZING. And I didn’t buy enough. Guess we’ll have to go back…

Next post: Creative Parenting 101: The Tooth Fairy Makes Mistakes Too, You Know!