Yesterday was a proud day for our family, and a very happy one for the fifteen-year-old specifically. His religious school class was confirmed, basically meaning that these upcoming high school Juniors are “confirming their commitment to Judaism”. It also means that they are finished with their “formal” religious training (=no more Sunday School), however in the Jewish religion, we are supposed to always seek ways to educate ourselves further in other ways. These kids, however, were not thinking about getting more education last night; they were focusing on the “No More Religious School!” part, which is fine for now. Confirmation is different from a Bar or Bat Mitzvah; to read more about it click here.

The students ran the entire 2-hour service, and it was really, really creative. They actually had a wedding, whereby the confirmands “married” the Torah. They each slipped a silver ring (a napkin ring) on the Torah, and took a ring pop in exchange! It was a very different twist on the Confirmation ceremony, and I really enjoyed it.

They were all asked to not only write an essay (essay booklets containing all 22 essays were handed out to attendees), but to also do some kind of creative project for the occasion. Some played instruments during the service, some read poems, and my boy young man displayed a photo collage of his Jewish life with his family, Jewish friends, and congregation as a whole. He created the collage digitally on Photoshop and we took it to FedExKinkos to be enlarged to 18″ X 24″, mounted, and laminated. It looked fabulous; I’d love to post it here but the file is just too dang big. Instead, I will take you for a walk down memory lane via some of these photos*! 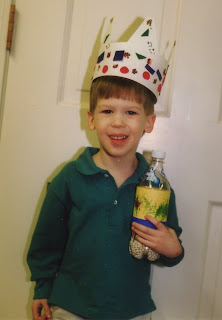 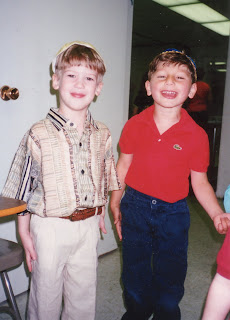 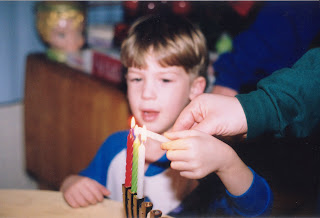 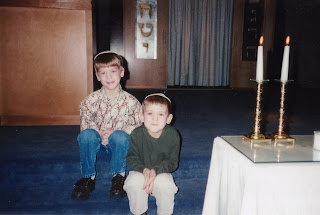 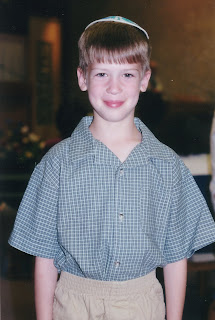 I love this one! 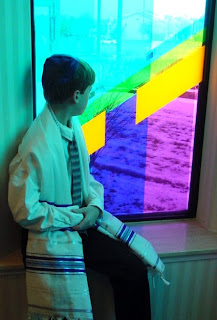 This one was on the cover of his Bar Mitzvah program 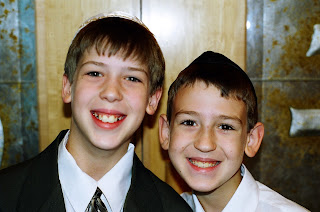 With his brother at his Bar Mitzvah 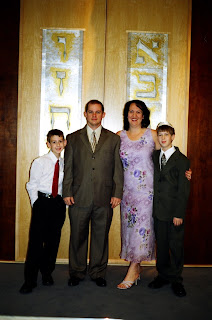 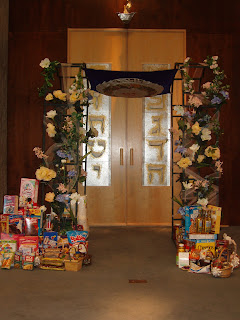 Last night: the chuppah (gorgeous!) with the food donations in honor of Shavuot 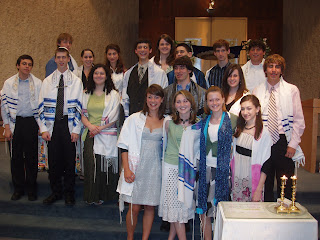 The Confirmation Class of 5768: Can you find him?

*I completely forgot to get some family photos of us and Aunt Julie: oops! A friend took a photo of the four of us right before the service; I’ll need to e-mail her and try to get it, I guess!

Next post: I’m Pleased To Announce Our New Arrival…