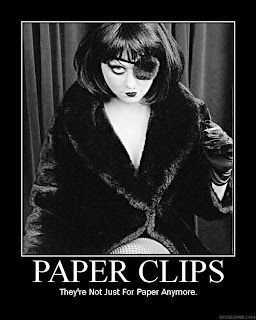 If this photo means nothing to you, you’ll need to catch up a bit before proceeding. Click here.

So, I received a call yesterday from the salon, and because I wasn’t in a place to answer my cell, I let it be. When I was able to use the phone I discovered that there was no voice mail message, so I called over there to see what they wanted.

My boss answered, and I asked who had just called me.

“Oh, that was D. I don’t know what she wanted, but she’s with a client right now.”

D, one of the nail technicians, has called me in the past for help with everything from computers to setting up an iPod to even her family budget. Though her personality is very funny and generally I like her very much, she is one of those WAAAAAY over the top people (I am writing nothing here that I wouldn’t say–or haven’t said!–directly to her face) who can be completely annoying. Our schedules rarely cross anymore, but when she is there at the same time as I, if she doesn’t have a client, she sits in the second chair at the reception desk to “chat” with me, not thinking that maybe I have work to do. She scoots her chair over so it touches mine and she is then in my personal space, and I always tell her that I’m going to purchase one of those velvet ropes that they use at nightclubs, to put between us so she’ll keep her distance.

Anyway…knowing that D was the one who called, I totally wasn’t in any hurry to find out what she wanted.

Ten minutes later the phone rang again. It was my boss, who said “D said that she just called to tell you that she was the one who made the paper clip chain, and she’s sorry, and that she will choose the option to run naked down the road.”

Not surprised at that choice: she loves attention, good or bad. (hee hee)

I asked my boss to relay the message that I appreciated her coming forward and that she saved a couple of lives (the young receptionists who work at night!) by doing that.

I am on my way to work in thirty minutes. I totally expect that every single paper clip will be in a chain, all over the desk. I may even bring my camera so I’m ready for anything…

Next post: I’ve Got a Hot Date With An Old Bag on Monday.