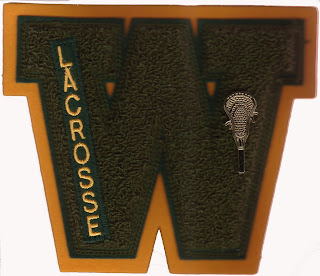 Last night’s Lacrosse Banquet was lovely. It was held at a hoity-toity country club, and the golf course view from the room was phenomenal. Jim requested that we sit near the door because he has been really sick over the past week (having coughing fits so bad he changes colors!) and wanted an easy escape if he started to hack away. The fifteen-year-old, of course, didn’t want to sit with us (the players all sat together for the most part).

So we grabbed spots at the table near the door, and sat alone until the late people came in: because nobody normally chooses the table that is furthest from the action. I, being a social butterfly, was naturally disturbed by the location of our table, but how could I insist that my poor sick husband sit in the middle of the action when he could have a coughing fit “to beat the band” at any moment?

Of course, the consequence of sitting furthest away from the microphone and podium meant one other thing: that we would get to go to the buffet last. I was not happy about that either, because I was about ready to eat my own hand off shortly after we arrived. But I got my food after an hour and it was all good in the ‘hood.

Presentations were made to the Lacrosse Club Board and others such as the coaches and the coaches’ wives. The coaches spoke, the members of each team (Varsity, Junior Varsity, and Fresh/Soph) were called up one by one as a team and presented with their letter for their jacket (our kid has not yet purchased a letter jacket but since he has a couple of letters now–one for his grades, woot woot–it’s about time for us to figure out how much we’ll help him pay for one). They were also presented with a McDonalds coupon for a free meal (nice), a Chicago Machine t-shirt, a CD containing photos of them during the games (each kid got his own personalized CD containing only photos that he was in!), and something else really awesome: a DVD on which the parent photographers created a 90-minute photo montage (set to music) of all three teams. Really fantastic.

When the JV coach called up all of his boys, he said really nice things about each one and what their strengths were. Then we got a big surprise: our boy won the Most Improved JV Player award! Can I get another Woot Woot? Very exciting!

All in all, I can’t believe Lacrosse is really over for the season. Although I don’t miss being run around ragged with the heavy-duty schedule, I miss watching the games. But…there’s always next year! 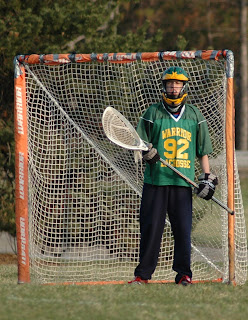 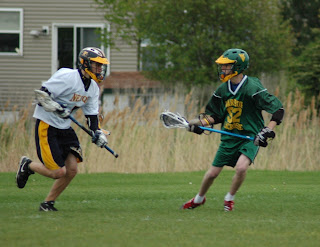 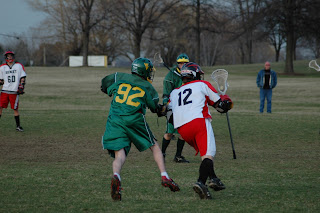 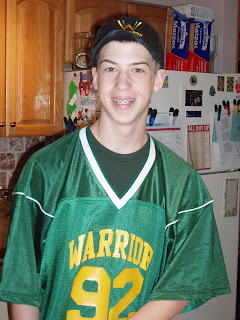