Sometimes I Think What I Need Is a You Intervention 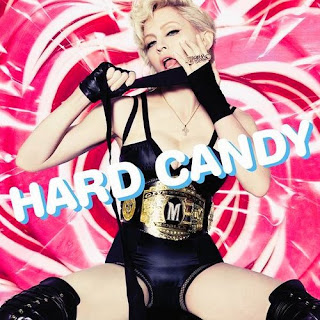 Yes Madonna, I’m talking to you.

I realize that I’m taking the risk of people thinking I’m turning this blog into a Madonna Fan Site between today’s post and the other one I did, the one in which I apparently insulted Billy Joel (click here for the post and then read the comments), but I am not.

I just have to say that I downloaded (after pre-ordering it, thank you very much) your new–what do we call them now: CD? Playlist? Bundle of Songs? Download?–uh, your new “release”, “Hard Candy”, rocks. I have not read the reviews by the so-called professionals, but I was told by my crazy class last night (GO Wednesday!) that the critics aren’t so fond of it. Do I care? No. I normally do the opposite of what the pros advise anyway.

So I downloaded it and put the music on my iPod immediately, and took it–and Roxie–for a nice, long walk. We walked for about 40 minutes, and I haven’t walked for that long since before my foot issues. In fact, I probably should have cut the walk at 30 minutes because my foot is still giving me problems, but I was enjoying the tunes (and, frankly, excited at the idea of wearing this dog out for once) that I stayed out there.

I liked your last effort, “Confessions on a Dance Floor”, very much. The songs are great for, obviously, dancing. Some of them make an appearance or two on my group cycling class playlists. The concert was fabulous. However, I don’t listen to it very often. “Hard Candy” is indeed music that I see myself listening to in the car, on walks, at home, where-ever and whenever!

You don’t need my help or feedback on the individual songs, but I’m giving it anyway.

*4 Minutes: I have no idea what this song has to do with actually saving the world, but the fact that Justin Timberlake is heavily involved makes me not really care. This song also contains one of my new favorite lines in the entire world, which I used as today’s post title. I love that! In fact, I’m going to try to work that line into conversations at the salon today.

*Miles Away: I like the song tremendously, and immediately thought of Gwen Stefani upon hearing it. (Love her!) I imagine that she is probably an artist that inspires you, because she’s a strong woman and also married to an English guy…I know you can appreciate that. I realized why Gwen came to mind: “Miles Away” has a little piece that is–shall we say–reminiscent of Gwen’s song “The Real Thing” from “Love Angel Music Baby”:

The similarities (or should I say, “inspired imitation”?) with “Miles Away” start at about 1:22.

*She’s Not Me: I really love the attitude of this one. Totally you. This is one of those songs that has a dark side, but sounds happy to me. But I have that problem: ask my sister. She makes fun of me for feeling happy when I hear “Southside” by Moby (featuring Gwen Stefani). The lyrics?

I don’t know why I get a smile on my face when I hear that, but I just do!

*Spanish Lesson: I don’t need one, and this is my least favorite song. I think you should have involved Justin on this one, because he knows alot about Senoritas:

No worries. I have to say that I really, really hope this is the second cut that radio stations will play, after “4 Minutes”. I listened to it three times in a row on the walk (it is the perfect tempo for my and Roxie’s perfect walking speed, by the way) and it blows me away. (I already slapped it onto a new playlist for my class and played it last night, along with “4 Minutes”. It was very fun to climb to, on a spin bike!) Kanye West is awesome on this track, and although he probably doesn’t need any more props for his work considering he already thinks he’s the son of God… 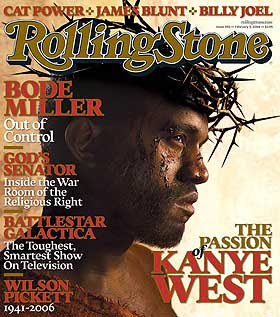 …he totally impressed me with his collaborative skills, working with you on this one. Each time I hear the song, I can picture the two of you dancing around the studio, having a great time recording this song. I realize that due to technology and the way things are done these days, you probably weren’t even on the same continent and that this track was edited together, but shut up and let me have my mental fun.

Anyhoo, I’ll let everyone else make up their own mind about “Hard Candy”. For me, this is the best thing I’ve downloaded in a while.

(And Madonna, if you googled yourself–as I’m sure you do–and are really reading this, say hi to Lourdes and Rocco for me!) LOL

Previous post: All I Need To Know About Life, I Learned At The Dentist’s Office