Does This Mean I’m A Big Girl Now?

Huckdoll* did a super-dee-duper meme (in fact, I do believe she made it up) a couple of weeks ago. She posted about her childhood thoughts about what she wanted to be when she grew up, and what she actually has been, job-wise. Read it here. I decided that might be an interesting trip down memory lane for me, so here goes.

What I have been…

Babysitter: Started at age 11 for, I believe, $1.00 an hour. (That was competitive in 1979) I even took an official Babysitting Class and got a card to show to any prospective nervous parents. From age 11 to age 16, I went from newbie to doing things like putting the kids who couldn’t yet tell time into bed an hour earlier than the parents requested, so I could have some peace and quiet. (I did take fabulous care of all of those kids, though, honest!) Watched many R-rated movies that I wouldn’t have been allowed to watch at home. My favorite at the time? “Private Benjamin”. I watched that, along with “Xanadu” (rated PG) each and every time I was at this one house.

Superstar McDonalds Crew Member: I, along with a bunch of my friends, “opened” the brand-new McD’s right outside the grounds of our high school. I was the one in the drive thru, yelling at everyone to hurry up because we had to get these cars through in 30 seconds. We had a great time working together. We did things like cook up a whole basket of fries right before closing (“Oops, we didn’t sell these…guess we’ll eat them while we clean up!”), and watch my VHS tapes of “North and South” during breaks. During our “McBucks” motivational contest, I worked my tail off and earned a bicycle to take with me to college.

Leewards Craft Store Head Cashier: As an old, married woman of 18, I needed a part-time job that I could work when not in school. I remembered my mom taking me to Leewards all the time when I was little, and thought it would be awesome to work there. I quickly became head cashier and was proud to carry store keys. Leewards was eventually bought out by Michaels.

Custom Framer: While I was working the Head Cashier job, I became a little restless and wanted to hang out in the custom framing department because there were three talented, fun people back there. I got permission to go back there, and I became trained in custom framing. I loved the job and got really good at specialty matting and such. If you brought me your artwork today I could totally set you up with colors and all that jazz, but I still can’t make decisions for my own stuff! (Weird, huh!)

Art Gallery Consultant: After giving birth to the older boy, I needed to get a part-time job again. Jim was working evenings so, when the baby was four months old, I got a job at a small art gallery in southeastern Wisconsin, only about a mile from our house. My main job there was framing but we also had to know about the artwork so we could sell it. We carried a lot by the artist Bradley Parrish. His work is okay, but I was completely sick of looking at it; mostly the pieces that were very popular were the ones from his “Phantom of the Opera” series, like this one, called “Love’s Pursuit”: 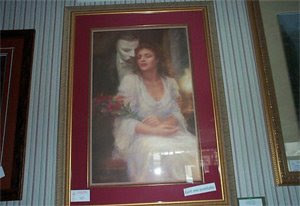 Ugh. Can I tell you how many times I framed pieces like this one? This one in particular I probably framed about 8 times in the course of 6 months. Those “Phantom” fans are totally over-the-top. (no offense! LOL)

Health Club Nursery Attendant: Tip to you moms of young kids out there…This is the perfect job to get if you want to be with your child(ren) AND want to have a free health club membership. Perfect.

Health Club Membership Representative: Yes, eventually the nursery got old. I got educated on other areas of the club and eventually became a membership rep. They started throwing marketing duties my way when they saw what I could do on the computer, and–as “luck” would have it–they were happy to allow me to go full-time when Jim got laid off from his job in 2001.

Religious School teacher: Started when the older boy was in preschool and am still doing it. I have been teaching 2nd grade the entire time, and every year except for one my “partner” (the teacher for the other 2nd grade class) has been the same man. He is hilarious and good at storytelling, and I am not-as-hilarious and good at crafts, so we make a great team. By the way, this is the only way I have utilized the degree I earned in Elementary Education.

Group Fitness Instructor: I couldn’t sit at a membership desk forever, and I had wanted to teach since 1992. I documented this here, so you can read the background if you want to. I absolutely love teaching: not only because of the people but because it’s cool to get paid for working out. (Though I have to add that it is never as good of a workout while you’re teaching as it is when you take another instructor’s class!)

Salon Coordinator: I met my current boss at the gym when I was working in membership, and when I was “over it” at the club, she hired me on, part-time. I do all different things at the salon (marketing, reception stuff, scheduling…) and although it’s hard to handle the intense drama that rears its ugly head on a daily basis, the flexibility is great and, after all, I only work two days each week at this point (sometimes 3)…so I can’t complain too much.

Freelance Writer: See the left sidebar to check out places where you can find my work. I’m still working on getting into major consumer magazines instead of just the trades, so keep your fingers crossed!

Author: Okay, other than the one that comes next, this is the best one! You all know about my book, so I won’t go on and on about it right here, but I am so proud of it. 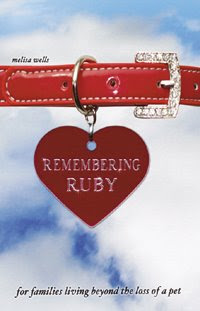 I have three more in the pipeline; I am excited for Lacrosse season to be over (in a way) so I can get back to work on them!

Mom: Gotta throw that in there! Enuf said.

What I wanted to be…

A teacher: I vividly remember sitting on my Grandma’s lap as a little girl (maybe 5 or 6 years old?) and her telling me that I was going to be a teacher. She died when I was 11 and I was crushed. She is why I got my teaching degree. Short and sweet story: that’s it!

Writer: Sometime I will post about the event in 5th grade (age 11) that made me want to be a writer. It’s a pretty good story and reveals alot about my current character. Around that age, I also kept a blue spiral notebook with me at all times. The cover said “Patricia” in huge, flowing, little-girl cursive. It was my first book, loosely based on real-life events. That is the only time I ever wrote (outside of school assignments) about “fictional” characters. I was wise enough to recognize early on that my talent lies mostly in non-fiction writing. Before you start wondering to yourself how good my Children’s book about pet loss could be when you have just read that I don’t consider myself a strong fiction writer, let me put it out there that Remembering Ruby is a true story. Ha.

Restaurant Hostess: Okay, maybe I didn’t see this as a life-long career, but growing up with a Hotel Manager dad and eating more often than not during some years at the restaurant made me really want to be a hostess. I thought that was the coolest job! (But Dad told me I couldn’t because I wasn’t old enough to serve alcohol. Huh? Oh well, it got me off his back about it.)

German Interpreter: If you want to read about my foreign fetish, click here. The whole German Interpreter career sounded so exotic and exciting to me. By the time I hit college, I was already engaged and a career like that didn’t really fit in line with what my future truly held for me, so although I started college by majoring in German, I quickly switched to Elementary Ed.

Mom: Always wanted to be one, since I was a little girl. I’m lucky that one came to fruition!

I think that’s it! I was never the type to have a big-time fantasy life as a child. I don’t remember wanting to be anything else…I have always been sort of “Practical” (and that’s not always a good thing!!!!!) and serious. I think it’s the Older Child thing…who knows!

I’m not tagging anyone specific for this…if you do it, let me know so I can be sure to look for yours!

*I keep forgetting to post about this, so on an entirely different note, Huckdoll also wrote one of the most compelling blog posts I’ve ever read, EVER. It’s about her long-ago history with substance abuse. If you need a story that could scare your kids, read it. Huckdoll rose from that experience like a Phoenix, and I for one am glad she’s around today to tell the tale, and to do it in such a beautifully written way, too!

Previous post: Just In Case I Couldn’t Figure Out Whose Kid Gave Me The Cards…