Are We Running Out of Creative Genius?

I posted this recently on Cre8buzz’s Anthill, a forum within the Cre8buzz community on which multiple bloggers post what’s on their minds. I really liked the way it turned out, so I’m reposting it here for my peeps!

First, a warning: this post is not for the faint-of heart.

I have a major issue that’s been growing inside my brain for a while now. I think it all started when I began to notice snippets of classic songs from the ’80s being sampled all over the songs on today’s charts. I was able to contain my annoyance when the distinctive beat from Soft Cell’s “Tainted Love” showed up as the backbone of Rihanna’s hit “SOS” . I was able to push aside emotional turmoil I felt when skinny jeans came back. Something is happening now though that I just cannot ignore, and I wanted to bring it to your attention. Ready?

They are turning the classic blockbuster movie “Dirty Dancing” into a Broadway musical. 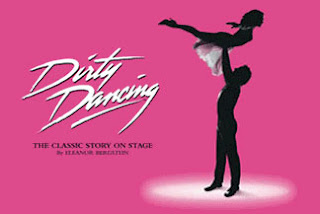 I’ll let you absorb that for a moment. Take a deep breath. Now let it out. Slowly…slowly…okay.

Let me assure you that I am not completely against “remakes”. I attended a performance of the second generation of “Grease: The Musical” and liked it a lot. I happen to think that the U.S. edition of “The Office” completely rocks. I don’t mind that Drew Barrymore resurrected the “Charlie’s Angels” franchise. This, however, is blasphemy.

Meaning no disrespect to the actors who will take on the roles of Johnny Castle and Francis “Baby” Houseman, (I’m sure they will find eventual success in show business, whoever they are) I just can’t stomach the idea of this particular remake. Wasn’t the poor showing for “Dirty Dancing: Havana Nights” enough of a warning? Certain classics should be left to linger peacefully in the minds of a society.

I mean, nobody else in the world really has the right to exclaim “Nobody puts Baby in the corner!” other than Patrick Swayze…well, and me, when I’m trying to add some kitschy drama to a conversation. Are we, the audience, supposed to forget all about the fact that Swayze’s #3 hit “She’s Like the Wind” was only used as background music in the movie when they–no doubt–will turn that into a major part of the musical? I think not.

“Dirty Dancing: The Musical” opens here in Chicago this coming September on a test run before hitting Broadway. This is a common occurrence: we got “The Producers”, “Sweet Charity” and “Aida” first. Chicago audiences ate those up. Only one of them was an original piece. Am I being too harsh? Out of the three of those, I saw the remakes. “The Producers” starred Matthew Broderick and Nathan Lane. “Sweet Charity” starred Christina Applegate. “Dirty Dancing: The Musical” will star…nobody we know. None of Hollywood’s elite signed on to do it. That doesn’t bode well!

Are there no original ideas left to be had? Why do the people who are in charge of creativity in the arts constantly going backwards instead of forwards? Why does it seem like half of everything “new” is really just borrowed? Will we eventually see “Golden Girls: The Musical” open up on the Great White Way? These are only some of the burning questions that torture me daily. Any answers?

Next post: The Best Thing Ever When You Want To Count Your Blessings

Previous post: Most of You Didn’t Have a Chance.