She Was Probably Doing It On Purpose, Hoping For An Upgrade

We crate-trained Roxie, and still, at her almost-4-years-of-age, have to leave her in her “house” (as we call it) when we leave for work or errands. Although it can be frustrating to have a dog who is almost 4 who still acts like a puppy and can’t be trusted alone in the house for more than 10 minutes or so, I really do enjoy her energy…when it’s convenient for me, that is.

She has ripped up several crate cushions. I really believe that her nail gets caught a bit on it first and that’s when she notices a snag and starts to work on it, because it’s always a progressive process. It’s so annoying to spend $20 on the cushion and, weeks later, come home from work to see her sitting in a pile of fabric and stuffing, like the thing exploded.

Maybe it’s my fault. Maybe I should have been spending more money on cushions that aren’t made with such cheap materials. But it’s sort of a vicious circle. Then, my mother-in-law came to the rescue. 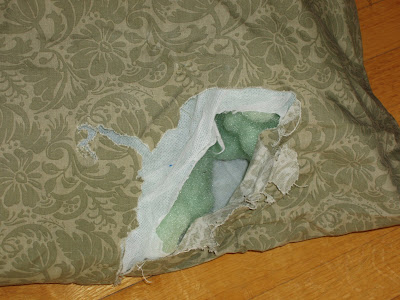 …my mother-in-law, who is a quilter and also has one of those fancy sewing machines that can embroider patterns and designs, created a denim (now THAT’S strong fabric) cover to put over the cushion. It’s even personalized! 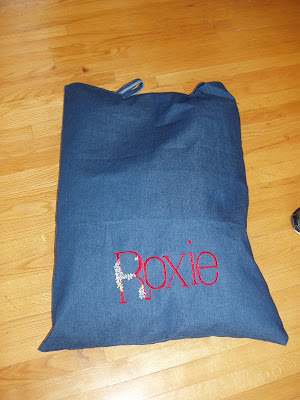 Here’s a close-up shot of its gorgeousness: 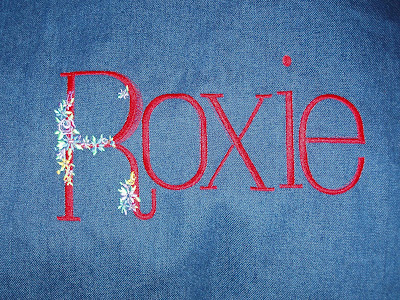 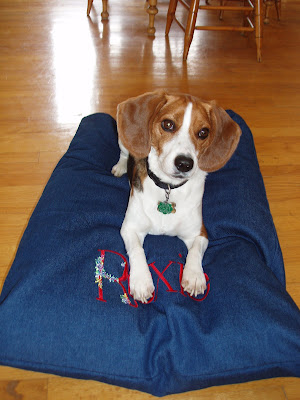 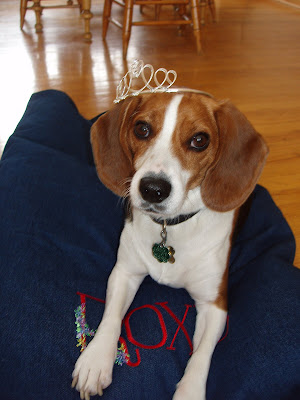 Ahhh, the tiara. Now that’s what I’m talking about. 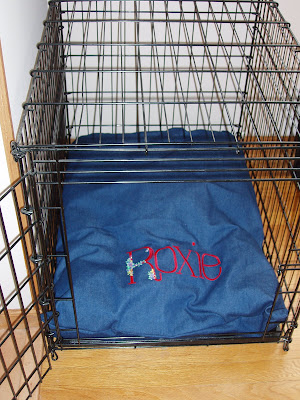 Jim still gave it a day, figuring she’d rip right into it. It’s been in there for almost a week, so I choose to stick with my “she got her nail caught at first” theory. Denim rocks.

Next post: Creative Parenting 101: Learn What Works, and Use It

Previous post: Totally Qualified to be a Former First Lady of the Philippines….Maybe.