Musings About the Mall

*Note: Long post ahead! Also, I went a little nuts with the hot links. Do me a favor and click on some of them. Go on, make my hard work worthwhile! Have fun!

Jim and I had a pretty rare event occur yesterday afternoon: a “date”! The thirteen-year-old had a Bar Mitzvah (and party) to attend, and the fifteen-year-old had to be at our mall for an hour, selling coupon books to benefit the Lacrosse Club. We had an hour of alone time at the mall! Woo hoo!

Sure, we could have just gone to Caribou Coffee to “sit a spell”, but we decided to walk around the mall aimlessly like we did in the ’80s when we were dating. It was only an hour, after all. We made plans to meet up with our older son at the end of his shift and go for his favorite treat, Dippin’ Dots.

For one thing, I am on a budget. Sure, at 16 my funds were also limited, but I could spend what little money I had on my own self! I could buy a Duran Duran album: 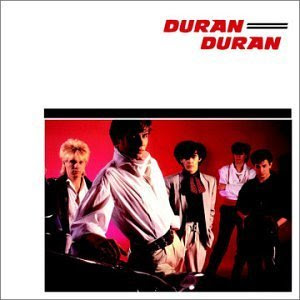 and then look for the latest in fashion, picking up some rainbow-toed socks: 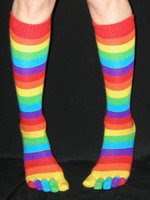 and a snazzy hairbow… 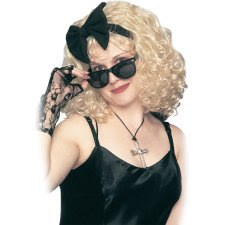 and I would have just been getting started.

Nowadays, we spend most of our money on our two teenagers. I’m not talking about things they “want”…I’m talking pure need, baby! These boys are growing like weeds, they are involved in expensive–though educational and life-enriching, I know–activities like Lacrosse, Scouts, and music lessons, they eat us out of house and home, and, well, the list goes on and on. I am happy that we can provide them with all of the stuff that they need, but I have to say that over the past who-knows-how-many years, the idea of just shopping for fun has become quite foreign to me.

Back then, we would wander around the mall holding hands, going to clothing stores, stopping at the Orange Julius, and playing countless games in the arcade for hours. I became an expert at Jungle Hunt, Galaga, and Gauntlet on those dates. Time always seemed to stand still in the mall!

Yesterday, when I proclaimed that we would be going on a mall date for an hour, it was an exciting prospect. I also proclaimed that, for once, we were not shopping for those kids AT ALL. If we found something for one or both of us, then great! But NO SHOPPING FOR KID STUFF.

We dropped the older one off at his selling post in the department store and took off towards the mall. We held hands (we always do that though, so that wasn’t out of the ordinary) and walked past many stores.

We strolled past Abercrombie (I’ve actually never set foot in one! Thank goodness my boys could care less about labels!), the Gap, and many others.

It was only when I saw Spencer Gifts on the horizon that I said, “Oh yeah! Let’s go in there!”

I have not been inside a Spencer Gifts since about 1989.

I am happy to report to the blogosphere that nothing has changed there, in case you were wondering. You can still get one of these: And of course, one of these: 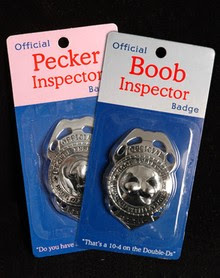 And naturally, one of these: 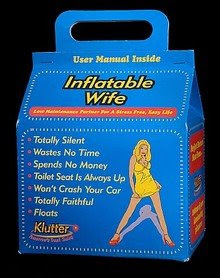 I had no idea that they even sold this, but I bet they’ve sold it for years:

Anyway, as we walked I noticed the new-ish trend in stores like Abercrombie & Fitch (and others have followed suit): they make the OUTSIDE of their store that is INSIDE the mall look like the OUTSIDE of its own small building. Are you following me? Also, these stores are using fragrance in the air to draw people in and keep them there.

We actually went into a new store called Gilly Hicks Sydney because we were curious. The outside was gorgeous, all done up with dark wood tones, white pillars, and comfortable, upscale outdoor furniture with flowered cushions. 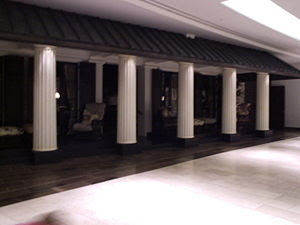 This is the storefront photo from their website; our store looks just like this. Picture THAT inside a MALL.

Upon first look, I honestly thought it was a furniture store. Upon entering the store, everything suddenly felt very surreal; the lights were very dim and the fragranced air was swirling about, and the music was blasting. We actually had to walk all the way to the back of the store, peeking into side “windows” in order to get to a point where we could cut to either side to check out the merchandise which was not furniture at all; it was upscale underwear. Among all of the darkness and elegant decor, there were art drawings of scantily dressed people (men and women). I wasn’t offended at all by the store or its contents, but I was puzzled by it and its mysterious and highly sexual aura. In fact, if you go to their website you actually have to be 18 years or older to look!

After entering my birthdate and confirming to their website that I am indeed about 20 years older than their demographic, I was able to watch their promo video of young, topless women and bare butted men frolicking on a beach. Hmmm. In typing this post I found them on Wikipedia and discovered that the Sydney reference in the store name is because of the phrase “Down Under”. Get it? Underwear? Also, oddly enough since I have mentioned Abercrombie twice up to this point, Gilly Hicks Sydney is a sub-brand of Abercrombie. Hmmm.

After skedaddling out of there, we headed over to the Sears area of the mall, pushed forward by songs in the Muzak system like “Sussudio” and other hits of the ’80s. It truly was like one of our old dates! LOL

Upon seeing Steve & Barry’s on the horizon, I picked up my walking speed. We only had a few minutes left and I wanted to check out what they had from Sarah Jessica Parker’s Bitten line. As it turned out, everything in the store is, for a limited time, $8.98 or less! If you have a Steve & Barry’s in your mall, you need to go there ASAP. Totally having to cancel out my declaration to NOT shop for the boys, we indeed double-backed to get the fifteen-year-old from his coupon book-selling shift and brought him to Steve & Barry’s. We got each of the boys their winter coat for next season along with 2 pair of pants for Jim, 3 fleece sweatshirts, a pair of workout pants, and a thermal top, all for around $85 including tax! That was Cra-za-zee!

*Note: You’ll notice that I did not get anything for myself at Steve & Barry’s. I almost picked up a really cool, bright pink jacket (Just like Manic’s! LOL) for next year, but it didn’t fit right. If you’re headed over there to take advantage of the deals, note that the men’s stuff seems to run big and the women’s stuff seems to run small. TRY IT ON!

We got out of S & B’s with our plethora of bags, and got over to Dippin’ Dots as fast as we could (those bags were cumbersome!). As we sat around the mall fountain with our older son, we watched other parents with their toddlers and basked in the glow of already having done that! LOL

It was great to just sit there and enjoy each other. We did some people watching, and the fifteen-year-old and I actually saw six people that we know: that’s always fun. (Never ceases to amaze Jim though, who now thinks we know just about everybody in town!) We finished our Dippin’ Dots and sat quietly for a few minutes, mesmerized by the show that the fountain was putting on. I marvelled at how much time has gone by since those first dates of walking around aimlessly, and how–later–I used to bring my own toddlers to the mall just to watch the water. (I wonder how many parents of older kids watched me and laughed inside???!!!) There are many more mall memories to be made, I’m sure.

After a while we looked at our watches, and silently headed for home.

Next post: Dad, This Time I Just MAY Need a Toe Truck!