"I Am Legend" Should Be Called "I Am Intense and Scary (but pretty good!)"

Jewish people have to find things to do on Christmas, so our family Christmas tradition is to take in a movie, because frankly, the theater is one of the VERY few businesses that is open on December 25. (Don’t even get me started on our inability in the last four or five years to find a Chinese restaurant open in the Western Suburbs of Chicago…)

We went to see “I Am Legend” for several reasons. First, it is an action movie and the husband and boys wanted to see it. Second, it was being filmed in New York when Julie and I went on our birthday trip there last October (2006). In fact, most of the key scenes were filmed in Washington Square, which is where we stayed: 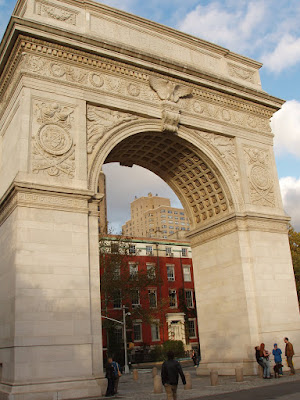 We stayed at the Washington Square Hotel, about a block away from the park: 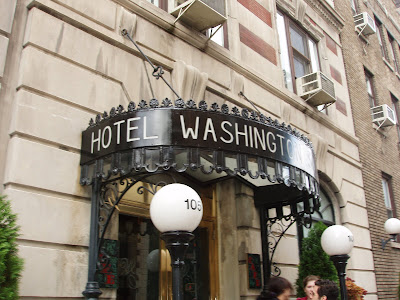 Of course, the star of the movie is important. “I Am Legend” stars one of the most entertaining people of all time, Will Smith. In the past, I have enjoyed him here:

And I have enjoyed him doing this:

And this, what the heck:

I even use this one in my group cycling class:

Don’t forget this one:

Or, for the kiddies, this one: 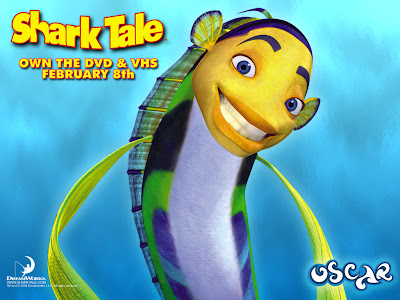 So I was looking forward to the movie for all those reasons. Julie and I even got to watch a scene being filmed on 5th Avenue: 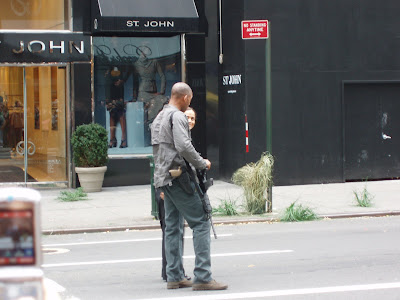 We weren’t in the best viewing spot… 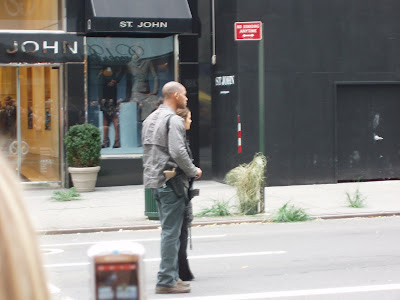 Those were taken from behind him, but here’s a better one (click on the photo to see it larger and zoom in, if you want!): 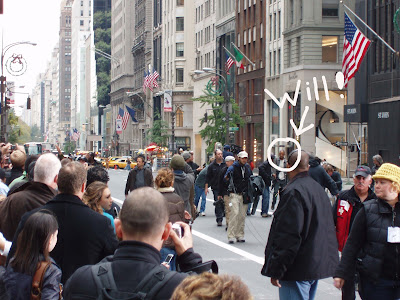 Anyhoo, I’m not going to give away ANYTHING about the movie. All I will say is the following:

1. The scene that Julie and I watched on 5th Avenue didn’t make it into the movie.
2. Will is, as always, a phenomenal actor in this film.
3. The special effects, as you would expect, were out of this world.
4. This movie scared the bejeezus out of our entire family! (Okay, except the fifteen-year-old, who probably wouldn’t admit if it did anyway)
5. It was an intense 1 hour, 40 minutes.
6. Though it was rated PG-13, I believe it should have been rated R for intensity, if they still do that.
7. Normally I eat enough buttered popcorn to clog up MY arteries as well as everyone else in the theater’s arteries. This time I couldn’t do it. Too intense to eat! (okay, that’s a lie. I did eat the popcorn, but only enough to clog up my own arteries today…)

Next post: Our Family Is GREAT At Keeping the Vampires Away!